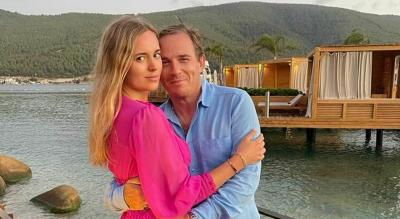 ROME – Prince Giacomo Bonanno di Linguaglossa is accused by his Belorussian girlfriend of stalking her and in turn he has denounced her for only dating him for his money - both parties are under investigation and yet the couple is apparently still together, said the Roman prince in an interview with Il Messaggero.

The prince, 52, met tall, blonde Tanya Yaschenko, 36, in a restaurant in central Rome in October 2019. He called it “love at first sight.”

In April 2021, Yaschenko denounced the prince for “stalking and damages.” Di Linguaglossa now feels he was cheated, although he is “still in love with her.” The couple spent Christmas and New Year together, despite the ongoing legal battle.

The couple has travelled all over the world together - Milan, San Diego, Beverly Hills, Monte Carlo, Cannes, Switzerland, the Maldives and Dubai. In all these places, Yaschenko “asked to stay in luxury hotels.” Di Linguaglossa gifted her a Mercedes, worth 82,000 euros, and between July 6 and July Nov. 13, 2020, she received nine bank transfers, totalling around 37,000 euros. Between Jan. 4 and May 4 2021, more transfers came into her account, coming to 43,000 euros.

"The manipulative abilities of this person,” says the prince’s lawyer, Armando Fergola, “aimed at a person who is already fragile in character, have allowed her to receive an illegitimate profit through criminal conduct.”

Fergola also noted Yaschenko requested and was given a bed and breakfast worth 58,000 euros and apparently spent 42,000 dollars using a credit card in her own name.

In the interview, the prince seemed conflicted. He acknowledged that Yaschenko “may be” with him for money, but when asked if he was her ‘sugar daddy’ he replied with an assured no.