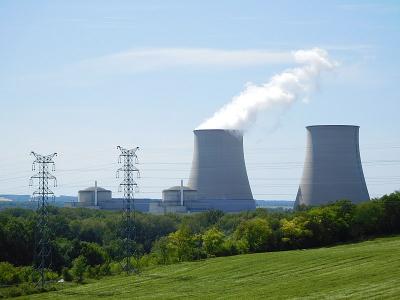 When we hear about nuclear power, it seems like Italy is wrapped in a blanket of fear. This is probably linked to a superficial understanding of the subject, which would certainly result in apprehension.

Consequentially, this means that our country is forced to depend on energy from abroad because it is unable to build an adequate infrastructure system according to appropriate economic, design and safety assessments. So it does not produce nuclear energy.

Even though Italy occupies a strategic geographical position as well as having a good climate, it is nearing its last breath I terms of of energy and is almost completely lacking in terms of alternative energy. Perhaps we are only good at consuming and paying unreasonable amounts for energy without knowing where it comes from, which road it takes to get to our homes or businesses. Thus, negative are the repercussions on the environmental and economic levels.

One thing must be clear: we cannot do without nuclear energy, considering that it is in any case the energy source with the lowest CO2 emissions. Furthermore, it must be borne in mind that, in addition to generating clean energy, nuclear energy would be available throughout the year.

Our country, like European politics in this area, is in need of repair. Europe is pushing for the ever-greater use of electric cars without considering that, in addition to polluting more than internal combustion cars, they need electricity to function. This energy must of course be produced and to produce it we need plants. But where do we find them? Let's just think of the fact that Europe, or even better, Italy, goes into blackout just when the heaters or air conditioning are turned on in the summer. Imagine what could happen if we had ten or twenty million electric cars in circulation!?

Our whole life is punctuated by the need to use energy to satisfy our daily needs. Here, for the umpteenth time, the question arises of nuclear yes or nuclear no. What to do? Years have passed since the referendum that abrogated the construction of nuclear power plants in our lovely country. Those for and those against disputed over objective problems such as disposal of radioactive waste and a predominantly seismic territory, etc. And so, could national energy policies then plan to exploit the potential of geothermal energy? It would have considerable development margins, even if only due to the geological characteristics of different areas of our territory, well adapted for this type of plant. The South of our dear Italy, for example, could be the perfect territory for developing and enhancing this renewable energy; exploiting the earth's heat to produce electrical or thermal energy, alas, is still an almost completely neglected idea.

We have still not yet learned anything: how can we optimise daily behaviour to reduce energy consumption? We have done little to exploit the sun, the wind, the sea to be able to draw from these natural forces and produce energy. But we have been very good at meeting our needs by buying energy from other countries at high costs, in particular from France which, in spite of others, implements a policy of increasing nuclear power plants, located right on the edge of our home.

If we think of the rising cost of fossil fuels and the need to decarbonise, it goes without saying that nuclear power should be relaunched. With the exception of Germany, many countries are pushing towards the reopening of new or refurbished plants or, even, focusing on small modular reactors which have the advantages of being simple and fairly rapid to construct, greater safety guarantees and more flexibility as not only do they generate electricity, but they are also used for district heating, the production of hydrogen and the desalination of sea water.

A good and intelligent nuclear use policy would produce not only economic benefits - it has been seen that not even the technology related to solar and wind power is so economically favourable - but it would also be excellent for the climate.

Italy, therefore, must do more! It already uses nuclear energy by buying it and, so, it would be good and desirable for it to start thinking and organising the ‘nuclear’ matter.

SOCIAL-POLITICAL NOTE: How much money should we still spend, in addition to the expensive bills sustained up to now, for the construction of new nuclear power plants?

We are a people in disarray! Politics is adrift and can build neither the present nor the future.

I don't hear the chirping

on the few dry branches

left alone by the stepmother