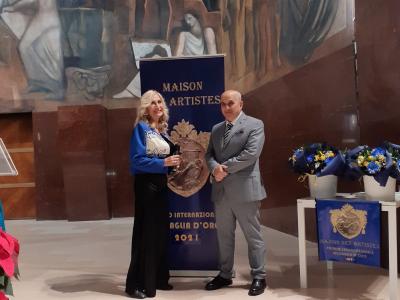 The ceremony took place in the Aula Magna of La Sapienza University and was presented by TV journalist and President of The Academy of Art and Image, Paola Zanoni.

This year’s winners of the prestigious award include the following.

Director of the Tor Vergata University of Rome, a school specialising in cardiovascular diseases, Professor Francesco Barillà, for his brilliant teaching and research activity.

Nora Prelaj, a doctor in nursing sciences, for her tenacious will to achieve professional goals at the service of others.

Don Antonio Coluccia, a priest in the diocese of Rome, for the recovery of children in the Roman suburbs.

Nora Prelaj, a doctor in nursing sciences, for her tenacious will to achieve professional goals in the service of others.

Doctor Marco Di Fonzo, president of Italia Nostra Section of Rome, for the protection of the cultural heritage and landscape of Rome and the Roman countryside.

TV presenter, singer and actress, Diana del Bufalo, for her comedy but also for the important themes of her characters.

Annalisa Minetti, singer-songwriter and athlete, was awarded a medal for the example she has set for young people and everyone in overcoming limits and reaching national goals. 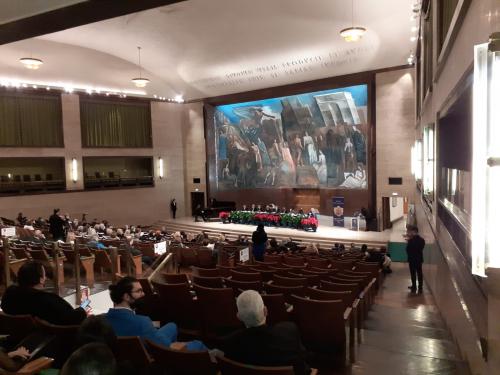