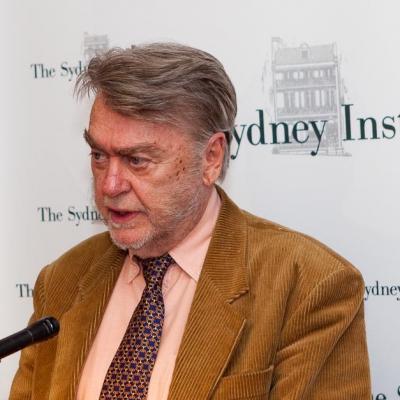 ROME -- Desmond O'Grady, the doyen of Anglo-Saxon reporters in the Eternal City,  has died after working as a correspondent for the Sydney Morning Herald and other Australian newspapers for over half a century, his family announced. He was 91.

Desmond was born in Melbourne into a naval family and studied literature at Melbourne University. He first came to Italy in 1957 where he met and fell in love with an Italian girl, Giuseppina Culotta, known as Gegi. They married and he took her back to Australia where he worked as foreign editor and then literary editor of The Bulletin. In 1962 Desmond returned to Italy to cover the Second Vatican Council. A devout Roman Catholic, he decided to stay in Rome as a Vaticanista, working for the National Catholic Reporter and the Tablet, and reporting on Italy for the SMH and the Age, settling in Italy.

A keen cricketer and tennis player, he played for a number of years in Italy's fledgeling national cricket team where he acted as an informal coach for players and continued to represent the Foreign Press Club in international tennis tournaments into his late 70s.  Known to his friends as 'force of nature,' Desmond played tennis regularly two or three times a week, frequently with his friend, fellow author and tennis writer Michael Mewshaw. When he was 89 a minor stroke forced him to slow down.
In addition to his work as a correspondent, Desmond was the author of 14 books and literary editor of the English-language Italian Insider newspaper from its foundation in 2009. His fiction included Dinny Going Down, a novel published in 2007, that took a humorous look at the Australian journalistic scene.
His memoir A word in Edgeways looked back at his meetings and interviews with a constellation of writers with a connection to Italy from Doris Lessing to his countrywoman Shirley Hazzard.
In the book, as Megan WIlliams wrote in a review for the Italian Insider, "O’Grady even has fun with interviews that flopped, recounting how he left a drunken and drugged mess of a Tennessee Williams in his hotel room in Rome, as the writer whimpered to his assistant, 'What went gone wrong?'"
Another time an attempt to interview Graham Greene on Capri where Greene had a house, fell through when the British author suspected that Desmond was a spy. His biography of Raffaello Carboni, the 'Australian Garabaldino' and hero of the Eureka Stockade battle, was one of his most successful non-fiction books.
Desmond continued travelling around Italy on reporting trips until the Covid-19 lockdown. He carried on writing until a short time before his death and his last novel about Dante, The Diviner Comedy, was published in February 2021.
He is survived by his daughter Donatella, born in Italy, and his son Kieran, who was born in Melbourne. His wife Gegi predeceased him in November 1996.
The funeral will be held at the Basilica dei Santi Silvestro e Martino in Monti on Wednesday Dec.1, at 12 noon.
Desmond O'Grady, Foreign correspondent and author.
Born Dec. 11, 1929. Died Nov. 26, 2021.
jp
Culture
Embassy Row