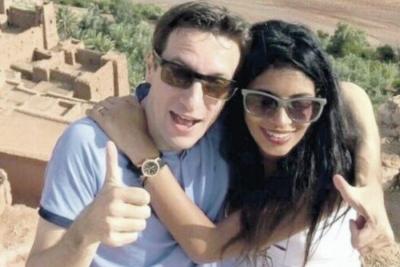 Ambassador Attanasio and his wife Zakia

ROME – “Obstructionism” by World Food Programme officials using diplomatic immunity to reject summons to give evidence to magistrates is hindering Italian investigators trying to determine responsbility for the death of the Italian Ambassador to the Democratic Republic of Congo, Luca Attanasio, who was shot and killed in a murky ambush Feb. 22 together with his Carabinieri bodyguard, judicial sources said Tuesday.

“The investigations languish, through inertia and the scarce collaboration of the actors in play,” Il Fatto Quotidiano newspaper quotes the sources saying. “The Congolese inquiry is stopped, the internal WFP one was closed almost immediately. Only the Italian magistrates, with an enormous effort, are pursuing the investigations.”

“But their work is hindered by delays and scares support from Congolese authorities, who ought to provide support and guarantees for a new mission by the Ros (Carabinieri special investigation unit) on the spot, and by the obstructionism of the WFP, whose officials involved do not respond to summonses, hiding behind the shield of diplomatic immunity guaranteed for UN personnel,” Il Fatto said.

The obstructionism makes it difficult for the prosecutor in charge of the case, Judge Sergio Colaiocco, determine who was responsible for security during the road trip from Gomo, capital of north Kivu, during which the envoy and Carabiniere Vittorio Iacovacci were gunned down, the sources said.

The ambassador travelled in a convoy of two vehicles together with the deputy director of WFP in the DRC, Rocco Leone, and three other local staff of the UN agency. First reports claimed Attanasio was in the front vehicle, but video material seen by magistrates shows in fact he was in the rear car.

While a driver was shot and killed immediately, the ambassador and his Italian bodyguard were abducted and subsequently shot and fatally wounded after forest rangers intervened to foil their abduction.

But there have been conflcting reports of what happened to Leone, the WFP deputy director, some saying he managed to escape and others that he hid in nearby homes. “What is the correct version one does not know,” Il Fatto said, “because the investigators have never been able to interrogate him – ‘diplomatic immunity.’”

The WFP had organized the journey, Fatto said, and the UN agency also was responsible for security during the trip. From Goma the ambassador went to Bukavu, capital of south Kivu, skirting lake Kivu – “a long disused route that nobody takes. Everyone, even ordinary people, go from Gomo to Bukavu by lake, with ferries of varying speed.”

“Officially the reason for this strange choice was to visit another WFP project at Bobandna or Minova, two villages not far from Gomo reachable via the lake. Why then take an entire day’s voyage on an empty and not particularly safe road rather than reaching Bukavu via the lake, as everyone does and as they themselves did when they returned?”

Il Fatto’s dispatch said that “these are questions to which the WFP personnel who organised the trip should reply. And, being protected by diplomatic immunity, they have not been able to be questioned by Italian magistrates. Only one Congolese official came to Rome, with two lawyers, to be interrogated in June, and since then was officially placed under investigation for lack of caution.” Nobody else has formally been placed under investigation.

Italian Prime Minister Mario Draghi, however, on the fringes of the G20 meeting last week asked DRC President Felix Tshisekedi, for information about the state of DRC investigations into the murky affair, indicating that Italy is determined that everyone responsible should be held to account.

While it may be convenient for Italian authorities to blame the WFP, however, Italian insider reported earlier this year that Attanasio had asked Rome for a beefed up Carabiniere detachment for his security, a request that evidently fell on deaf ears at the Farnesina.