New mayor earmarks 40 million to clean up Rome by Christmas 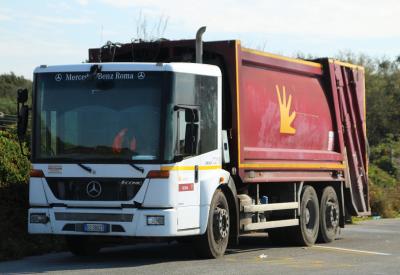 ROME -The new mayor of the city, Roberto Gualtieri, has vowed to spend 40 million euros to solve the capital’s waste emergency by Christmas, the government announced Tuesday. The money will be spent on mobilising a thousand rubbish lorries over four thousand routes, eight private companies to take care of greenery, and nine for manholes and drains.

"Some of the innovations introduced will become structural and permanent,” Gualtieri assured.

During the election campaign, the mayor promised that dealing with Rome’s waste problem would be one of his three top priorities.

The 40 million will be split between rubbish collection, pruning of trees and other greenery, and cleaning manholes and drains. The plan applies to the whole city, but at the same time identifies 13 areas of high priority - particularly those subject to flooding - where operations will proceed first, starting Nov. 4.

The ambitious operation will start at the Ostiense ring road and the Cristoforo Colombo underpass, and then continue with the following areas - Piazzale Labicano, Porta Maggiore, via Flaminia (between the intersection via Luigi Canina and via Fracassini ), viale Ionio (between via Pantelleria and via Rocchetta), via Prenestina (intersection with via Togliatti), piazza di Cinecittà (height via Togliatti), viale Europa (from viale Beethoven to viale Shakespeare), via della Magliana, via Portuense (intersection via Pozzo Pantaleo and piazzale Dunant), piazza San Giovanni Battista de la Salle, via Pineta Sacchetti (height of the Gemelli hospital entrance), via Frassineto and piazzale Ponte Milvio with related roads.

The majority of the spending, 32.3 million, will come from ordinary funds already in the budget "whose implementation has been accelerated,” explained the mayor. A further 7.7 million are additional resources reallocated for this purpose.

Specifically, 1.5 million will go to the removal of the excess rubbish lining the roads and pavements, 3 million to AMA - Rome’s waste removal company, 3 million to cover "overtime for employees” and 2 million for greenery maintenance.

There will also be 5 million euros from the SIMU (Department of Development, Infrastructure and Urban Mobilization) which will be allocated to nine private companies who will take care of cleaning of the manholes and drains.

Gualtieri aims to make "a permanent coordination table for the cleanliness and decorum of the city.”

He also urges citizens to play their part. “I appeal to the Romans to collaborate with virtuous behavior, helping us not to dirty the city. We ask for the utmost severity with respect to the violation of the rules, and I am confident that the Romans will have a sense of responsibility.”