EGIC: Whither the Middle East after Israel's government change? 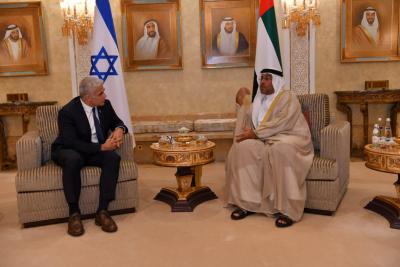 Israeli Foreign Minister Yair Lapid and the UAE's Minister of State Ahmed Ali Al Sayegh during their meeting in Abu Dhabi in June.

ROME - After a tough 18 months for Israel and the Middle East, regional experts Omar Al Busaidy and Moran Zaga, speaking at the latest EGIC conference on Gulf-Israel relations, were confident that things will get better for the region, with cooperation and stability continuing to increase as Israel in particular strives to become more and more an ally of its neighbours.

Moran Zaga, a Postdoctoral Fellow at the University of Chicago and a Policy Fellow at Mitvim, the Israeli Institute for Regional Foreign Policies, spoke of how stability is “the main challenge for the Middle East.”

The first she noted was the planned ministerial visits. Under the Netanyahu government, diplomatic visits to most Arab-majority countries were banned, but Israel’s new rotation government, led by Neftali Bennett and Yair Lapid, are already planning several. In fact Lapid, Foreign Minister and Alternate Prime Minister, has already made a visit to the UAE - a symbolic first visit - to meet with his Emirati counterpart and open an embassy in Abu Dhabi, less than a year after the two countries formally began diplomatic relations, the UAE being only the third Arab country to recognise Israel.

For “such a basic diplomatic gesture,” according to Zaga, these ministerial visits to their Arab neighbours do a lot of good for international relations, and the previous government’s decision not to conduct any - including Netanyahu calling off a visit to the UAE in March - was puzzling.

The second positive change that Zaga noted is the increased number of memoranda of understanding signed between Israel and its Arab neighbours. In April 2021 (after Netanyahu’s government had been dissolved), Mubadala Investment, an Emirati state-owned investment firm, signed a memorandum of understanding to buy shares in an Israeli natural gas field for 1.1 billion dollars, the biggest ever deal between the two countries.

The third thing Zaga a touched upon was the increased mutuality between countries in the Gulf, mostly with regard to migration between the countries of the Middle East. Zaga put this growing mutuality down to an “increased interest in building relationships with other countries.” She explained that, having travelled much more in the last few years (before the pandemic), Israelis “know the fruits of doing business with other countries.”

She added that “Israel is now connected to the area” more than ever, as a result of the Israeli public being more eager to build bridges following years of tension.

Omar Al Busaidy, CEO of Sharaka US and Economic Affairs Liaison at the Consulate General of the UAE in New York, described how, as much as being political, it’s a cultural thing. He underlined how Israel and the UAE in fact have very similar cultures, and are very hospitable, and now more than ever want cooperation rather than war.

Al Busaidy had a similarly positive message; that change in coming, and that this change is being brought about by the countries themselves, working together, no foreign forces - a homegrown peace.

He suggested that under President Biden, “US public sentiment has been moving away from the Gulf States,” with foreign policy interest perhaps more focused elsewhere. While Trump’s foreign policy, fancying himself as a top negotiator, more favoured big trade deals or peace treaties aiming to solve the world’s problems, Biden’s intentions are perhaps more characterised by his push to get all troops out of Afghanistan.

As Al Busaidy said, “Middle Eastern problems can and should be solved by Middle Easterners,” even bitingly adding that the region needs “no more people who don’t know what they’re talking about.”

It already looks like, to take the example of Israel and the UAE, things are already happening. In July, the UAE become the first Gulf state to open an embassy in Israel, and Israel will present their own pavilion at the World Expo 2020, to take place from October in Dubai.

As the conference’s moderator, Matthew Robinson, put it, there are “glimmers of hope and a breath of fresh air” in the region. 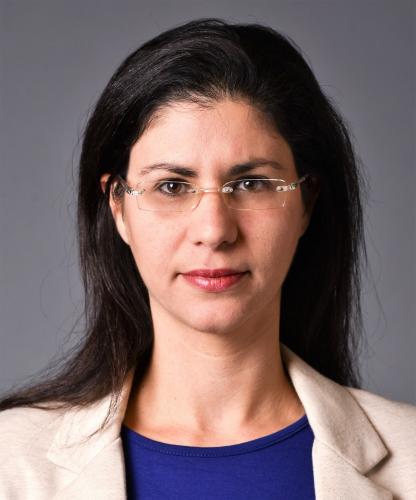 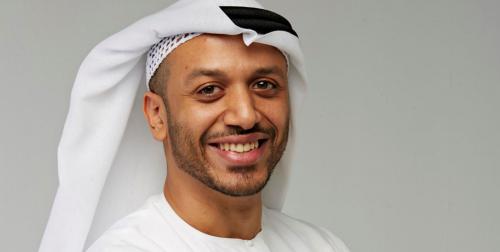