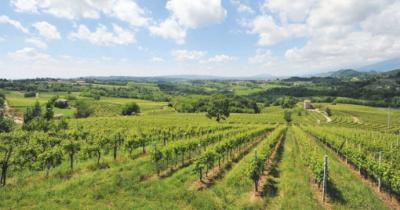 VENICE - Croatian winemakers have caused much ire within Veneto’s Prosecco industry, including the region’s President Luca Zaia, after they requested official recognition from the EU for their Prosek.

Veneto winemakers have accused their Croatian counterparts of trying to exploit the international reputation and popularity of the Prosecco name.

Luca Zaia, who was born in Conegliano and in 2019 led the campaign for recognition of the “Prosecco Hills of Conegliano and Valdobbiadene” as a UNESCO World Heritage, has said, “Every so oftenthey try again. It’s an old catchphrase, but Prosecco has its own identity that cannot be confused at all. It is scandalous that Europe is allowing such procedures to take place: it is not just a question of avoiding confusion on the markets, but of safeguarding a right of identity. We will defend our Prosecco wherever it is.”

Zaia has long defended the “identity” of Prosecco, but it is also a financial question, given the huge amounts of money that the wine makes for the region.

There are several vineyards throughout the world, from Chile to New Zealand, that have tried to make profit off the good name of Prosecco, and this isn’t even the first attempt by Croatia. In 2013, Croatia vintners tried to class their Prosek as a local white, but a ruling came down from the EU that it was too similar to the Italian product.

Paolo De Castro, chair of the European Parliament's Committee on Agriculture and Rural Development, and former Italian Minister of Agriculture, sent a letter to the EU Commissioner for Agriculture, Janusz Wojciechowski, on the matter.\

Stefano Zanette, president of the Consortium for the Protection of Prosecco DOC, said, “we hoped that the Commission would on its own consider the Croatian provocation as inadmissible. Not so much because it is clearly evocative of our designation of origin, but because it is able to undermine the whole industry of European Geographical Indications. For this reason we have received the support and commitment to carry out a battle on this subject.”