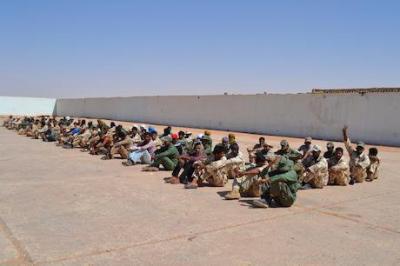 ROME - Everyday Libyans are realising the substantial chasm which had been left after the destructive war in 2011.

A report which continues to change at every crucial stage of the inter-Libyan dialogue and that, at eve of the Berlin summit, orientated the efforts of the international community towards an exit of political crisis, through the reconciliation and reinforcement of the country’s institutions.

This NGO, in which there are many activists and human rights militants, would have, according to Mohamed Menfi, broken the rules of diplomatic decorum, which demand that the party concerned is the first informed. As a result, he called for a cancellation of the forum, to respect the principles of internal sovereignty and to not meddle in internal affairs of the country.

That said, Fezzan, since it is the region at the centre of international initiatives, associating improbable local actors in projects of decentralisation and federal management of water and energy, of which it is overflowing with, finished by irritating the Tripoli authorities, who regard the concerns very badly are as “disinterested as recurrent,” from international powers henceforth having their word on the fate of this country.

Seen from Rome, it is imperative to end the hostilities between the tebbou militia, Touareg and Ouled Suleiman. Above all, control of the borders with Niger must be regained as it is the principle access route for sub-Saharans in Libya.

An objective that the government of Abdelhamid Dbeibah believes to be able to reach, by its own means, and without the destabilising the interference of certain chancelleries.

Nevertheless, an expert familiar with the dossier has said that: “Libya needs concrete support for its national reconciliation project, in order to move on from its recent destruction. However, beyond the effects of the news and what has been said, certain capitals are no longer hiding and are contemplating without saying it clearly, a sharing of resources from the country, they are shielding themselves behind a transitional phase which seems to last for eternity.”