Next Italy-Spain summit to be held in Naples 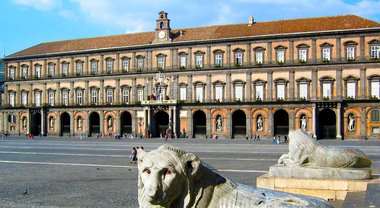 NAPLES - The next Italy-Spain summit, is set to take place in Naples, in 2023, following Luigi Di Maio declaring that this “city is the pearl of the South of Italy.”

The recent summit between the Italians and the Spaniards, in Barcelona, was orchestrated by the Italian and Spanish ministers of foreign affairs: Di Maio and Arancha González Laya, respectively. It allowed for the countries’ long-lasting friendship to continue to thrive. Looking to the future, Di Maio expressed how “Naples is a living brand, with the right backing it could assert itself in the whole world. […] Naples is the emblem of a South that wants to establish itself, art, culture, beauty and expertise.”

In Barcelona, the ministers discussed European and worldwide issues, namely the recovery plan after the pandemic, migrants and developing exports to aid economic development between Italy and Spain. The idea of Naples being the city to host the following meeting was similarly discussed, given that Italy has to be the country to next host the summit. The “economic collaboration between these two countries and the lucrative collaboration in strategic sectors, such as energy and infrastructure, evokes the important opportunities for growth that will be able to originate from respective national programs for recovery and resilience.”

Naples’ Royal Palace, in Piazza del Plebiscito, would be the natural place for the future summit, given it was the house of the Spanish Vincerè for almost two centuries.