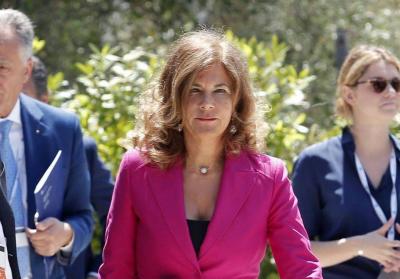 The invoices refer to cleaning and maintenance works carried out in 2007 on the island of Albarella, where the Marcegaglia Group, billion-euro steel manufacturers, own several properties, according to judicial sources.

The charges are on the basis of an investigation by the Guardia di Finanza regarding the businesswoman’s tax returns from 2015-2018.

Her lawyers have denied that there is anything irregular with her accounts.

Emma Marcegaglia, one of the most powerful women in Italy, is currently the head of the G20 business summit and vice-president of her family’s firm.

When the story was broken by the Gazzetta di Mantova it was widely reported, but Il Sole 24 Ore never published anything about it, either online or in the print edition. The last story referring to Marcegaglia on the website is an interview with her in which she pledges that the Marcegaglia Group steel manufacturing is aiming to become 100 percent green.

Il Sole 24 Ore is owned by Confindustria and Emma Marcegaglia was expected to soon take over from Edoardo Garrone as President of Il Sole 24 Ore S.p.A..