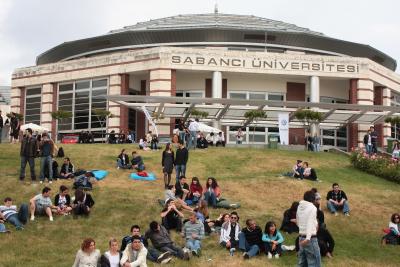 ISTANBUL - Covid-19 infection rates are not going down in the world and it is obvious that the pandemic will remain for a while. A university in Turkey is looking for a long-term solution how to cope with it and how to live with it.

The Sakıp Sabancı International Research Award entails a Jury Prize for 25,000 USD. The Jury Prize will be awarded to an individual who has made distinguished contributions in the theme of social, psychological and political impacts of the pandemics. An independent and international jury will select this Awardee.

In coping with Covid-19 pandemic, government policies in the world displayed considerable differences. While some governments implemented social distancing through emergency laws, others approached this as a matter of personal choice and ventured into persuading their citizens towards self-confinement, with mixed success.

In the fight against the pandemic, the success of the government policies became increasingly dependent on the behavior of their citizens.

Civic activism was curtailed along with the decline in the citizens’ ability to come together, organize and advocate. Nevertheless, new civil society actors and a novel type of civic activism emerged in attempts to provide essential services such as food and masks, stop the spread of incorrect and harmful information as well as protect the disadvantaged and marginalized groups.

In 2005, Turkey's Sabancı University a world university led by Turkish Sabancı Foundation, decided to announce and administer an international award in order to encourage research on all aspects of Turkish culture, society and politics, and to uphold distinguished examples of fresh research in the contemporary world. The award ceremony will held online on 12 April.