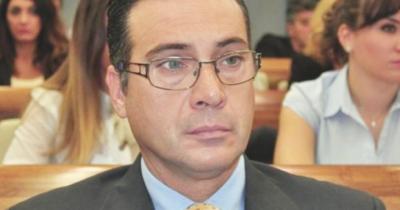 ROME - The arrest of an Italian Naval officer for selling state secrets to Russia, revealed on Wednesday to be the frigate captain Walter Biot, has caused much diplomatic backlash and a major souring of relations between Italy and Russia, with two Russian diplomatic officials being expelled from Italy.

Biot, according to police sources, gave documents relating to NATO’s military telecommunications systems to a Russian officer, working at the embassy, for 5,000 euros.

Biot has served for many years in the Ministry of Defence’s military policy department, and in the Armed Forces communication department and was on the examining board for trainee officers. During his time in the Navy he served on many destroyers, as well as on the aircraft carrier Garibaldi.

The Russian Ambassador has said “we hope what has happened will not reflect on the bilateral relationship between Italy and Russia,” however, on Wednesday the Italian Minister for Foreign Affairs, Luigi Di Maio, ordered the expulsion of two Russian functionaries allegedly involved in the exchange. Di Maio later said to the Senate that the clandestine exchange was “a hostile act of extreme severity” for which they had “immediately taken the necessary measures.”

The Russian Foreign Minister later responded, “we are sorry for the expulsion from Rome of two employees of the Russian embassy. We are exploring the circumstances of this decision.” He added that they will announce soon their “possible next steps” regarding this move.

With talks regarding the purchase of the Russina Covid vaccine, Sputnik V, gathering pace, as well as plans to produce the vaccine in Italy, this affair has caused many to worry that this damage to Italy’s relations with Russia may perhaps have an effect on the rollout of Sputnik through Italy.

Speaking to the Corriere della Sera, Biot’s wife, Claudia Carbonara, said, “my husband didn’t want to screw the country, excuse my language. And he hasn’t I assure you, he gave the least he could to the Russians. Nothing compromising. He isn’t stupid, or irresponsible. He was only desperate. Desperate for our future and for our kids.”

She continued that they were struggling to live off the small salary of the Ministry of Defence, struggling to pay for their “four kids and four dogs, a house in Pomezia, a mortgage.” She denied that he was a traitor, adding that he served his country for 30 years “on board ships and behind a desk.”