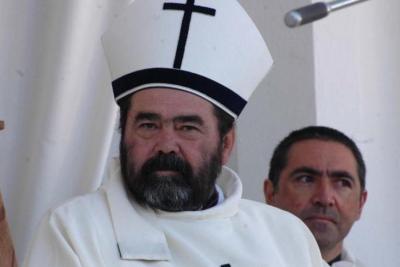 RIO NEGRO - Marcelo Alejandro Cuenca Revuelta, an Argentinian bishop, has resigned after accusations against him of covering up sexual abuse by priests in his diocese. Pope Francis on Saturday accepted his resignation following a long investigation into sexual abuse within the church in Argentina.

Cuenca, who had been bishop of Alto Valle del Rio Negro in Argentina for 11 years, had been for a long time criticised in Argentina for having protected Luis Alberto Bergliaffa, a priest condemned by the church for sexual abuse of a young girl.

Ceunca, 66, allegedly hid the details of Bergliaffa’s accusations and transfer to a different diocese. Bergliaffa was subsequently sentenced to eight years in prison.

In 2020, due to complaints within the diocese, the Vatican decided to carry out an investigation into the abuse, releasing the results on Saturday. Cuenca, who had been nominated by Pope Benedict XVI, stepped down and Pope Francis has nominated Alejandro Pablo Benna as an 'apostolic administrator' in his place, according to sources from the Argentinian church.

This announcement came just days after the findings of an investigation into sexual abuse by priests in Cologne. The pope has yet to comment on the resignation of the priests.