Politics and poison in Afghan education 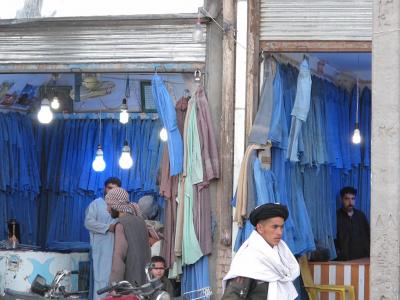 KABUL -- In Afghanistan’s northern Takhar province, 120 girls and 3 teachers have been hospitalized after toxic substances were sprayed into the classrooms - only a month after 150 others fell ill from contaminated water in another of the province’s schools.  On May 15 in eastern Khost, some 600 middle school students were reportedly poisoned not long after a primary school in the same province was burnt to the ground. Last week the Afghan Ministry of Education announced that 550 schools had been shut down in zones where support for the Taliban is significant.

Kabul residents, on the other hand, have for some time become accustomed to seeing clutches of chattering black-cloaked, white-scarved school girls making their way to school and back every day, ploughing their way through slower-moving adults. National school enrolment figures rose from 1 million in 2001 (when 43% of school-age boys were enrolled, compared with a dismal 3% of girls according to World Bank estimates) to 7.2 million in 2011, serving as evidence that the last ten years have also clearly had their victories, however precarious they may be.

Al Biruni University in eastern Kapisa province is one such example. Initially created by Northern Alliance leader Ahmad Shah Massoud in 1998 when the Taliban controlled most of the country, only in 2005 did the current buildings of the university start going up, whereas before students had studied in makeshift structures whenever and however they could. A number of girls are now studying at the Law and Political Science Faculty, but only one of those I met was planning on pursuing a career either as a prosecutor or judge, most voicing the danger posed to their families as a deterrent to such a future. The one who did want to become a prosecutor had been encouraged by her father and brother to do so – by no means a common occurrence in Afghanistan, but not as rare as one might think judging by most international news coverage.

The most common complaint about the university was a frequent lack of running water and electricity in the dorms, as well as the unavailability of books. Professor Tamim Farzan, who has taught a number of legal subjects at the university over the past few years, said that his personal library was more extensive than the one in the university, and that unfortunately donors only wanted to send English books - despite the fact that many students did not know the language. Lacking Afghan publishers, textbooks in Persian (closely related to Dari, the main language used in the area) would almost necessarily have to be bought from Iran, an option ruled out by sanctions against the Iranian regime. And so, the options are that of no books or books in a language incomprehensible or poorly understood by most, in a country with an estimated literacy rate of under 29%.

For most of the country the Afghan school year begins in the spring, and this year saw changes to the curriculum including an increased number of hours of religious instruction – a move which may bode ill for the quality of the education provided. Last year the Insider reported on a case of a prominent Afghan newspaper being accused of ‘un-Islamic’ behavior after sending a reporter to cover a human rights mission in a northern province, where parents had complained of government schools indoctrinating their daughters with extremist ideas. The accusations against the newspaper by the Ulema Council - which regularly meets and advises the president on religious issues – were later ruled baseless by the Media Complaints Commission, but not before its editor was forced to go into hiding for a number of days. Accusations of the sort are of painful gravity in a country where ‘acts against Islam’ carry a death sentence.

Current Education Minister Ghulam Farooq Wardak fought with warlord Gulbuddin Hekmatyar’s Hizb-e Islami during the years of civil conflict within the country.  The group is, unfortunately, widely known for having initiated the practice of throwing acid at female students’ faces at a Kabul high school, a practice that later spread widely. Now Hizb-e Islami is one of the potential interlocutors of ‘’peace talks’’ – alongside the Taliban and the Haqqani group - while the non-violent faction is a registered political party to which Wardak belongs. The minister is said to have continued supporting Hizb-e Islami supporters over the past years by appointing them to key administrative posts.

The recent changes to the curriculum may be a harbinger of the direction the country’s education is set to take. Earlier this year, a detailed report was released claiming that the government was cutting deals with the Taliban to allow more schools to reopen in areas under the group’s de facto sway. The deals are thought to grant the insurgents the right to choose the curriculum and to force the government to hire religious teachers linked to the Taliban. The government has since denied the reports.

Meanwhile, Pakistan has joined the fray of those putting direct pressure on the Afghan educational sector by holding up 4 million textbooks earmarked for Afghanistan in NATO containers stranded in Karachi since November of last year. Ostensibly part of the country’s reaction to the US killing of Pakistani troops on the border that month, that containers filled with textbooks for Afghan students should be restricted in the same manner as supplies for the US forces is questionable.

Another thorny issue in education within a country with festering ethnic divisions and recent conflict is, inevitably, how to explain the recent past. Afghanistan seems to be avoiding the matter entirely: the government has recently decided to eliminate the last four decades of the country’s history from high school textbooks altogether.

Amid these and other problems, including political maneuvering and attacks meant to intimidate, literacy and educational levels nevertheless continue to climb in Afghanistan. And there seems to be growing appreciation for what improving one’s knowledge and skills can do. Adults who can afford to are scrambling to catch up with the times, with lawyers and judges who a few years ago would have been satisfied with simply a Sharia background now paying for night classes to increase their skills, while private English schools are doing a bustling trade.  Applications for scholarships to study abroad are at an all-time high. In areas seeing diminished security, however, the situation remains bleak. And if public education focuses ever more on religion to the detriment of other subjects, it seems likely to grow bleaker still. 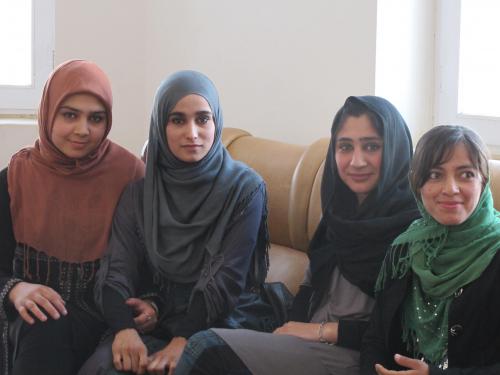 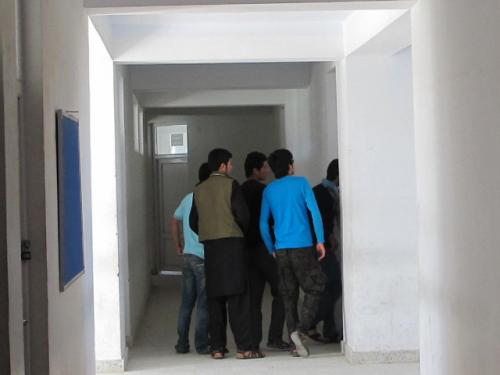