Which sports are the most popular to bet on in Italy? 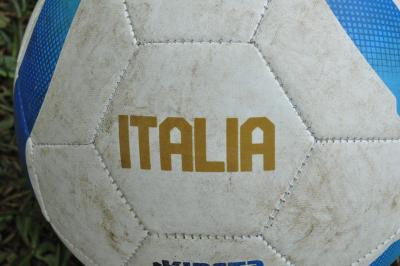 ROME - The Italian online gambling industry has gone from strength to strength in recent years, earning an estimated €1.85 billion in 2019. Scommesse sportive – or sports betting, for English speakers – was a big part of that success, bringing in a whopping €730 million for the sector.

But which sports are most popular among Italians to bet on? With a population of over 60 million people, Italy has enjoyed a decorated history in many different sports. Here’s a quick rundown of the most popular ones among betting enthusiasts in the country at the moment.

As four-time World Cup winners, it’s no surprise that Italians love their football. This year is shaping up to be the closest run title race in Serie A in a decade as well, making it an even more exciting proposition for bettors. At the time of writing, the top six clubs are separated by just 10 points, meaning it’s all to play for as we head into the final stretch. Can Juventus capture an historic tenth Scudetto in a row? Time will tell.

Historically, Italy doesn’t have the best track record when it comes to tennis. The last time an Italian male won a Grand Slam tournament was Adriano Pannatta’s French Open triumph in 1976, with the ladies enjoying more recent success in the shape of Flavia Pennetta’s US Open victory in 2015 and Francesca Schiavone’s French Open win in 2010. Nonetheless, tennis remains a popular sport to bet upon in the country, with Matteo Berrettini (ranked 10th in the ATP rankings) and Fabio Fognini (ranked 18th) the country’s brightest hopes at present.

With just one driver in the 2021 F1 season, Italy is somewhat underrepresented this time around. What’s worse, Antonio Giovinazzi – who drives for Alfa Romeo – is yet to record a victory in any of his Grand Prix outings to date, amassing just 18 points over the entirety of his career. The country has produced some big names in the sports over the years, however, with Alberto Ascari, Riccardo Patrese and, more recently, Giancarlo Fisichella enjoying respectable careers.

Horse racing is a popular pastime in almost every country which allows gambling and Italy is no different. Perhaps the biggest date in the national calendar is the Gran Premio Merano steeplechase, held in September in the north of the country and carrying a prize fund of €250,000 in 2018. Other important races include the Premio Vittorio di Capua and the Palio de Siena, while some of the most famous jockeys of recent times (including the legendary Frankie Dettori) are Italian.

For the last 20 years, Italy has competed in the annual spectacle of the Six Nations, alongside England, Scotland, Ireland, Wales and France. Although the country has not been able to match the skill and prowess of the other competitors, picking up the wooden spoon accolade on 15 of its 20 entries into the tournament, it has showed marked improvement in recent years and the sport remains a popular option among betting aficionados in the country.