Are online casinos legal in Italy? 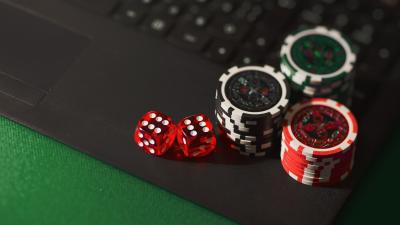 ROME - Italy has had a rich tradition of gambling throughout its history. Indeed, the country is home to the world’s oldest continuously running land-based casino and in fact the word itself springs from the Italian for “house”, “casa”. It’s no surprise, then, that Italy has a flourishing and fully regulated gambling industry that is one of the largest in the world.

But does the same legality apply to visiting a casino online in Italy? For those gambling aficionados itching to try their luck online while in the home of pasta and pizza, there’s good news: online casinos have been legal in Italy for over a decade now. The only caveat is that prospective players must make sure they visit a licensed website to avoid falling afoul of the law.

A history of Italian gambling

Stretching all the way back to the Roman Empire (and perhaps even further), the history of gambling in Italy is one of the longest in the world. In 1638, the oldest casino in the world was opened as the Ridotto. It was originally a theatre house where dice games took place in the wings during the intermission, but its popularity sparked a wave of other casinos popping up around the city. By 1744, there were over 120 casinos in Venice.

Later in the 18th century, the Ridotto was shut down due to its links with the criminal underworld, but instead of ceasing operations altogether, it simply became a members-only club, switched locations and rebranded itself as the Casino di Venezia. It still operates under that guise today.

The rise of online gambling

With the arrival of the 21st century, online gambling became more and more popular across Europe. Taking the initiative, Italy became the first member of the EU to legalise, license and regulate its online gambling industry in a comprehensive manner. This has involved three rounds of license issuing to date, in 2006, 2011 and 2018, at which time prospective casino operators could apply for and obtain a license.

The licenses that were awarded in 2018 came at a one-off cost of €320,000, with biannual concession fees to be paid on top of that upfront amount. The exact fee due to be paid depends on the turnover that the casino has achieved in the previous six-month period. It is strictly forbidden to run an online casino without a license and gamblers are advised to steer well clear of any site which does not hold one.

What the future holds

Italy’s long-standing culture of gambling, coupled with its government’s quick thinking in implementing legislation geared towards regulating the operators, have made it a very lucrative industry for the country. Last year, the country earned €359 million in gross gaming revenue (GGR) in the 12 months leading up to December 2020, smashing the previous record of €196.4 million.

That makes it one of the biggest players in Europe alongside the UK and France and indeed one the largest online gambling markets in the whole world. The country’s Customs and Monopoly Agency (ADM) has also announced a new round of licensing to take place in 2023, when successful tender bids will be valid for nine years. As such, the future looks very bright for the Italian online casino industry.