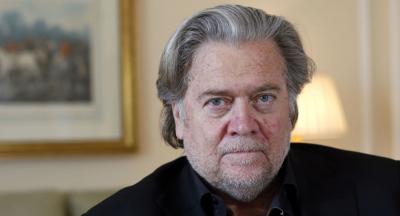 ROME - Steve Bannon, Donald Trump’s former chief strategist, has accused the Italian government of acting like a “third world country” after the Council of State, the body that monitors the legality of the action of Italian government, ruled that the Italian Ministry of Culture was justified in evicting the Dignitatis Humanae Institute (DHI) from the Cortesa di Trisulti, an 800 year old abbey in Frosinone, Lazio.

The DHI is a right-wing, Catholic think tank that had been renting the Trisulti Abbey, with plans to turn it into an academy for nationalist and populist politicians. However, in May 2019, the Italian government revoked the institute’s right to use the complex over unpaid bills, as well as allegedly falsified papers about the viability of the institute’s finances. This decision was then overturned in May 2020 by a local appeal court in Latina, thereby allowing the institute’s plans for their ‘Academy for the Judeo-Christian West’ to go ahead.

However, on Monday the Council of State ruled that the Ministry of Culture’s decision to evict the institute, with which Bannon is heavily involved, was justified. Bannon, who on Trump’s last day in office was given a presidential pardon for charges of fraud, said in a statement to the Daily Beast on Tuesday that “the government have proven themselves corrupt, incompetent and broke. Everybody - allies and foes alike - admit that the annulment of our lease was politically motivated.”

The Dignitatis Humanae Institute, founded by the British conservative Benjamin Harnwell, has caused much controversy in the past for defending the Italian politician Rocco Buttiglione - who famously said that homosexuality was a sin, and that a woman’s role was to bear children - and for having members openly critical of Pope Francis.

Bannon continued, “after winning seven of seven previous legal decisions, this ruling is a joke which brings further shame on Italy’s already-stained judiciary in the eyes of the whole world. We refuse to be stopped by the corrupt bureaucracy that infests Italian government and hurts the Italian people.”

The Council of State claimed “contractual failings and a lack of a financial plan” as their reasons for the decision, reports the Daily Beast.

Bannon said, “This is the sort of thing you expect from third world countries, not a founding nation of western civilisation. We intend to appeal and win.”

Nicola Zingaretti, in a statement released on Monday praised the decision of the Ministry of Culture and the Council of State, saying "we will work with Minister [Dario] Franceschini to restore to citizens this marvelous place, which we want to turn into one of the symbols of the Italian renaissance." 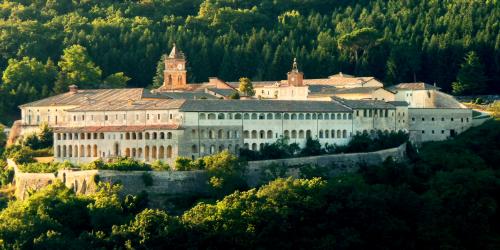