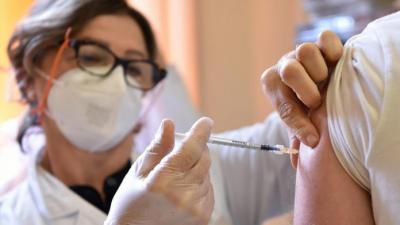 ROME - Nearly 200,000 people in Italy having missed their vaccination appointment after the government announced the suspension of the use of the AstraZeneca vaccine throughout the country. While previously it was just specific batches of the vaccine that had been pulled, the government has now taken every AstraZeneca dose off the market following reports from around Italy Europe of deaths within days of receiving a dose.

Italy have followed in the footsteps of many other European countries, most recently Germany, in stopping the use wholesale of the AstraZeneca vaccine after more deaths have were reported in people who had recently received the vaccine. However, scientists have still not found any causal link between the vaccine and the deaths, with doctors reminding people that thromboembolisms and strokes - the major cause of the deaths - can occur for a variety of reasons.

Health Minister Roberto Speranza has promised to resume the use of the AstraZeneca vaccine as soon as the European Medicines Agency (EMA) has ascertained that they are safe to use.

Many health experts have lamented the loss of public trust in the vaccine, with the prevalence of ‘antivaxx’ thought a catalyst for criticism and refusal of the Covid vaccines. Il Giornale noted how Tuesday saw 502 deaths from Covid in Italy, but none from the vaccine.

A document published by the Ministry of Health on Tuesday, in collaboration with Italian public health agencies, has again encouraged keeping a distance of over two metres between those around you as the Covid variants make their way around Italy, and has told even those who have been vaccinated to quarantine should they come into direct contact with someone with the virus - reminding the public that even the vaccinated can catch and pass on the virus, though obviously the risk is much reduced.