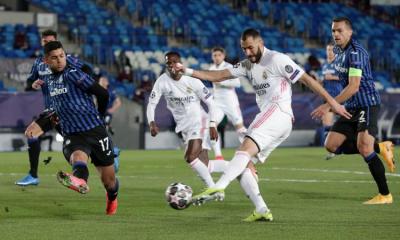 MADRID - The last real hope for an Italian team to make it to the quarter finals of the Champions League was on Tuesday night extinguished when Real Madrid beat Atalanta 3-1. Though Lazio are still in the competition, they are playing an in-form Bayern Munich at home on Wednesday night, carrying a 4-1 deficit from the first leg.

Atalanta went into this match already 1-0 down from their home first leg three weeks ago, and had a big task against the 13 times Champions League winners.

Atalanta had a few good chances in the first half, but the dominant side were clearly the home side (though the match wasn’t actually played at the Bernabeu). Madrid’s first goal came from a misplaced pass from the Atalanta keeper that went straight to Luka Modric, who simply cut it back to Karim Benzema in the box for him to slot it first time past the keeper.

Madrid doubled their lead in the 60th minute with a penalty converted by Sergio Ramos, after a lazy tackle by Atalanta’s Rafael Toloi caught Vinicius Junior on the edge of the box.

Though Madrid may have played like the match was over at this point, Atalanta kept fighting and trying to create chances, and eventually go one back in the 82nd minute from a brilliant Luis Muriel freekick.

Madrid however put the final nail in Atalanta’s coffin just two minutes later with a Marco Asensio goal to put the final score at 4-1 on aggregate.

As well as the Lazio match against Bayern Munich on Wednesday night, Chelsea are set to play Atletico Madrid, with Chelsea 1-0 up after the first leg.

Manchester City, Liverpool, Porto, PSG and Dortmund are the other teams to have already qualified for the quarter finals. 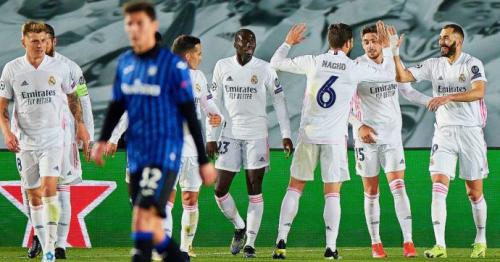