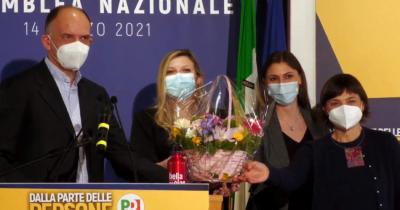 ROME - Enrico Letta, the former Prime Minister of Italy, has been elected the new secretary of the Democratic Party (PD), after the former leader of two years, Nicola Zingaretti, stepped down last week. In this week's political polls, PD overtook the 5 Star Movement with a 0.8 point increase to 17.4, now second, behind the League with 24.2.

Zingaretti stepped down amid much internal fighting, though many party members lamented the loss of a well-liked leader.

Letta was elected on Sunday by the PD Assembly by 860 votes for, two against and four absent.

In his speech to the party, he spoke of the need for a “new PD”, that needed to be “progressive in values, reformist in method and radical in behaviour.”

Letta also spoke of the party’s need to think of constructing a coalition for the 2023 elections, reminding members that the party has only won when they have formed coalitions, in 1996 and 2006. He addressed the idea of talking to all those who would be interested in forming a “new centre-left.” In particular he mentioned the 5 Star Movement (M5S), “which will be led by Giuseppe Conte, who has my deepest affections.”

However, he clarified that the first test would be the administrative elections in the autumn, but “the objective for the elections of 2023 is to be an alternative to the right of Meloni and Salvini.”

He addressed his ambitions and policies for the party, highlighting particularly the lack of representation of women, “the fact that I am here and not a woman shows that there exists a problem of gender equality.”

A more controversial topic he raised for discussion was the vote for 16 year olds. “I know it is a divisive battle, complicated, but we need to give more weight to the young in our society.”

He also indicated his commitment to fight against tax havens in Europe, and promoted the idea of birthright citizenship as "the norm of civilisation."