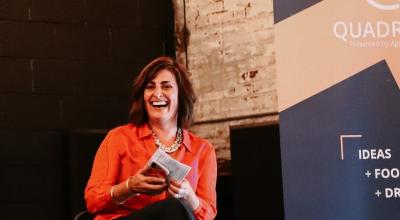 ROME – Amid widespread bloodletting at the FAO, as Chinese director general Qu Dongyu ruthlessly consolidates his position, the future of Republican-backed Deputy Director General Beth Bechdol evidently hangs on a courtesy query to the Biden Administration whether Washington wants her to remain at the UN agency, FAO sources say.

Ms Bechdol was appointed at the end of 2019 from a background in big agricultural business in the United States and was credited with influencing Mr Qu to sign a controversial letter of intent last October with Croplife International,  a foundation representing Bayer, Syngenta and key agrochemical corporations, which raised concern among FAO watchers that the UN agency is caving in to a powerful pesticide lobby.

There is speculation that as a gesture of goodwill Qu is enquiring from the new US administration whether they wish her to continue at FAO or if she should be replaced when her temporary contract comes to an end.

Her departure would lead to further shuffling of the pack after the ‘execution’ of as many as five assistant director generals who Qu for various reasons has judged surplus to requirements.

She has been given a more technical role in the face of new rivals from Africa who also dialogue with the critical continent including Godfrey Magwenzi, Chef de Cabinet and a former ambassador of Zimbabwe who marketed crocodile burgers at the Milan Expo, Ethiopian regional ADG Abebe Haile-Gabriel based in Accra, Tanzanian Cambridge educated General Counsel Donata Rugurabumu and Ismahane Elouafi, Chief Scientist from Morocco.