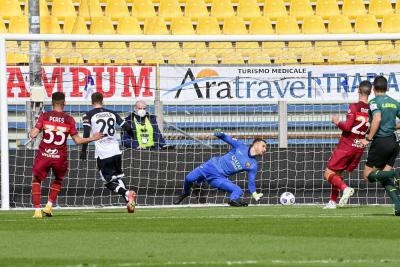 ROME - During the latest weekend of Serie A action, Inter stretched their lead at the top of the table with a 2-1 victory over Torino, and Juventus’ win 3-1 against Cagliari brought them just a point away second from second place AC Milan who lost to Napoli 1-0. Roma’s 2-0 defeat to 19th place Parma saw them drop from to sixth with Atalanta and Napoli both rising one spot after their victories.

Roma started out well, having a few very close chances in the opening minutes, including for former caption Edin Dzeko, in his first Serie A start for almost two months. For their first goal it took Parma just six touches to get the ball from their penalty area past some sloppy Roma defending and into the back of the net, thanks to an assist and goal from the Romanian pairing of Dennis Man and Valentin Mihaila. Though Roma undoubtedly dominated the possession and attacking chances throughout, this goal revitalised Parma. A lucky break in the 55th minute left three Parma forwards through on goal, with every Roma defender behind them, until Roger Ibanez took down Graziano Pelle to give away an obvious penalty, converted by Brazil’s Hernani.

This defeat resulted in a fall from fourth to sixth for Roma, though currently only six points separates them from AC Milan in second place.

Milan’s 1-0 loss at home to Napoli on Sunday has left them nine points their Milan neighbour in first, with their title hopes slowly fading. The deciding goal for Napoli came from a well worked passage of play neatly finished by Matteo Politano in the 49th minute. Ante Rebic was sent off in the 92nd minute for dissent, just three minutes after Napoli coach Gennaro Gattuso received a yellow card for arguing with the referee.

Elsewhere on Sunday, table leaders Inter managed a 2-1 victory away over Torino, with goals from the usual suspects Romelu Lukaku and Lautaro Martinez. Antonio Sanabria managed to get one back for the home side in the 70th minute, but it wasn’t enough to beat the in-form Inter, who have now won six in a row.

Juventus secured their fourth win in a row (though their midweek victory over Porto wasn’t enough to keep them in the Champions League), with their 3-1 victory over Cagliari, to bring them ever close to AC Milan. They are now just one point behind, and still with a game in hand. It was a first half ‘perfect hat trick’ from Cristiano Ronaldo that sealed this match for Juve, with his three goals coming from a header, a right footed penalty and a beautiful left footed shot into the top corner.

Cagliari however managed to deny Juve the clean sheet with a goal from the Argentinian Giovannie Simeone in the 61st minute. 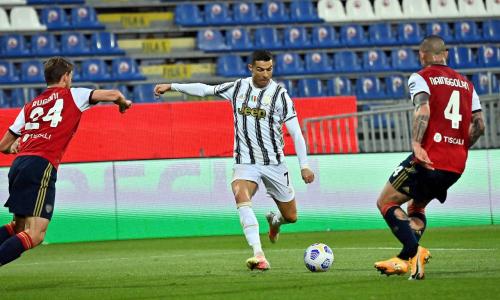