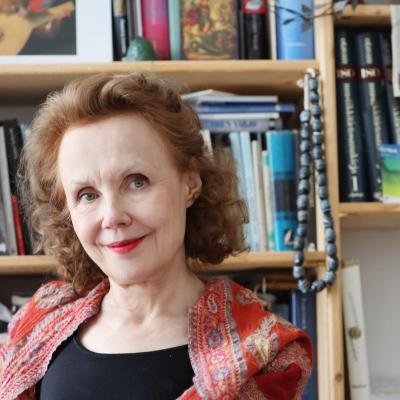 Rome - La Biennale di Venezia has announced Finnish composer Kaija Saariaho as the Golden Lion for Lifetime Achievement recipient “for the remarkable technical and expressive level she has achieved in her choral scores and for her original use of the voice”.

The vocal ensemble Neue Vocalsolisten from Stuttgart is the winner of the Silver Lion “for its creative collaboration with some of the greatest living composers and for its development of a vocal a cappella repertoire within the field of contemporary composition”. Both acknowledgments were recommended by the Director of the Music Department, Lucia Ronchetti, and approved by the Board of Directors of La Biennale di Venezia.

The 65th International Festival of Contemporary Music, titled Choruses and dedicated to vocal dramaturgies in contemporary composition, will take place in Venice from September 17 th to 26th. Inauguration day on September 17 will be dedicated to Kaija Saariaho, featuring the awards ceremony for the Golden Lion for Lifetime Achievement (Ca’ Giustinian, at 12 noon) and the opening concert performed by the Orchestra and Chorus of the Teatro La Fenice in Venice conducted by Ernest Martinez-Isquierdo (Teatro La Fenice, at 8:00 p.m.). The programme includes the Italian premiere performance of Oltra Mar, for chorus and orchestra, composed by Kaija Saariaho in 1999 and the Italian premiere performance of an orchestral work by Hans Abrahamsen written in 2011 and based on the orchestration of Claude Debussy’s Children’s Corner.

As the motivation reads: “As part of her vast production for voice, vocal ensemble and chorus, Kaija Saariaho will be awarded the Golden Lion for Oltra mar in particular, considered an absolute masterpiece. Oltra mar, which in ancient French means ‘across the sea’, is a harmonically complex but transparent composition, and a synthesis of unusual metamorphic orchestral colours influenced by Impressionism”. “One of the major living composers whose works are among the most widely performed in the world – continues the motivation – Kaija Saariaho’s music has the gift of power and immediacy and generates original acoustic tapestries and unprecedented sonic narrations”.

The awards ceremony for the Silver Lion to the Neue Vocalsolisten Stuttgart, one of the most representative vocal ensembles dedicated to contemporary music, will take place on September 20 in the Sala delle Colonne at Ca’ Giustinian, the headquarters of La Biennale (at 12 noon). “Its seven exceptional soloist members – Johanna Vargas, Susanne Leitz-Lorey, Truike van der Poel, Daniel Gloger, Martin Nagy, Guillermo Anzorena, Andreas Fischer – have formed an ensemble which is also an experimental laboratory for vocal dramaturgy, an open discussion group on contemporary vocal techniques and the meaning of singing together from a historic perspective and as future potential. For great composers such as Salvatore Sciarrino and Georges Aperghis, the Neue Vocalsolisten are a living laboratory for the voice and for the more ample and diversified vocal techniques, a remarkable training ground that leads to operatic composition” (from the motivation).

On September 19, at the Teatro alle Tese in the Arsenale (at 4 pm), the Neue Vocalsolisten will present two world premiere performances: a work for voice and electronics by the American composer George Lewis, commissioned by Biennale Musica, and a work for vocal theatre in concert for six solo voices by Russian composer Sergej Newski. The electronics will be developed and performed by the CIMM (Centro for Computer Music and Multimedia of La Biennale di Venezia).

The Silver Lion, dedicated to promising young artists in music, or to the institutions that have distinguished themselves for cultivating new talents, has been awarded to Vittorio Montalti and Francesca Verunelli (2010), RepertorioZero (2011), Quartetto Prometeo (2012), Fondazione Spinola Banna per l’Arte (2013), Ryo Murakami (2016), Dai Fujikura (2017), Sebastian Rivas (2018), Matteo Franceschini (2019), Raphaël Cendo (2020). 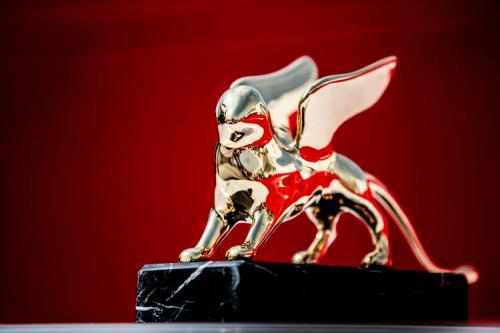