Books: A dishonourable schoolboy in Afghanistan 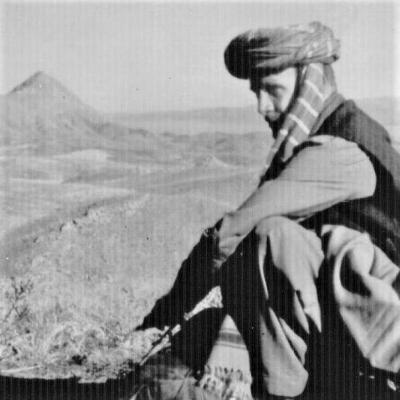 One of my most vivid memories of John Fullerton, from when I met him while covering the Lebanese civil war, was his graphic description of the ferocious lice he encountered while working in Afghanistan. I was hardly surprised, then, when the same creatures featured prominently in his gripping new novel about the Great Game.

“He could feel vermin start to move out of his waistband … the crab lice spread across his belly and abdomen, found the warmth around his testicles … and began biting … he chucked handfuls of insect powder into his voluminous pants, but it had little effect.”

In addition to confirming his knowledge of insect low life, however, Fullerton’s latest book, Spy Game, marks the return for the first time since James Buchan’s atmospheric 1984 work, A Parish of Rich Women, of that rare bird, the heroic British spy working under cover of being a foreign correspondent.

While Buchan remained vague about the genesis of his MI6-backed reporters working in Beirut during the Lebanese invasion, Fullerton’s publisher tells us that he bases his thriller on a spell during the Cold War for the Secret Intelligence Service.

Like John Le Carrè before him in the Honourable Schoolboy, starring a secret agent working under cover in Hong Kong, Buchan did not go into the financial arrangements SIS made with journalists it hired to spy, but the hero, or anti-hero, of Spy Game, Richard Brodick, is a “contract labourer” working for a number of unpleasant SIS handlers who recall villainous Graham Greene controllers.

Fullerton’s knowledge of central Asia and war, garnered from his time covering a dozen conflicts as a reporter, authenticates Brodick’s adventures as ‘head agent’ based in Pakistan. After emerging unscathed from a firefight between Russian troops and Afghan resistance fighters, Brodick “had learned an important lesson of war: survival in the face of others’ violent death brings intense pleasure. He forgot his blisters, his hunger, the vermin: he felt more alive than ever.”

The most hardened war junkies surely will concur, though for some guilt over the pleasure can be a recurring puzzle for years to come.

Like the Honourable Schoolboy, Brodick soon comes face to face with the dirty side of intelligence work. Le Carré’s hero Jerry Westerby, blackmails a banker by threatening to tell his wife about a night on the town unless he provides him with bank account records of a Chinese spy. The banker duly meets a grisly end. Brodick for his part is expected to be willing to murder his best friend.

And like Buchan’s young Oxbridge graduate spies, who joined forces with fatal consequences with the underdogs of the PLO during the Israeli invasion of Lebanon, Brodick is nevertheless convinced that he can ‘make a difference’ as a spook.

Most British foreign correspondents working at the sharp end are approached at some time during their short but beautiful lives. While they may eschew hypocrisy and enjoy a nodding acquaintance with Her Majesty’s spooks here and there, the majority inevitably briefly consider acquiring the allure of Bond and the prospect of a second salary but find the prospect of living such a schizophrenic existence far too complicated.

As a former spy runner who was never a journalist, Le Carré for his part had to pick the brains of friends from the hard-drinking United Press International bureau in Hong Kong to authenticate Jerry Westerby, his journalist and occasional Circus operative.

Fullerton’s fine, action-packed book outdoes vintage Le Carré -- his characterisation of the louche figure of the reporter corrupted, or ennobled, depending on your point of view, by the dastardly British secret service, is more authentic and human than the one-dimensional protagonist of the Honourable Schoolboy and a worthy successor to the convincing if shadowy figure of Adam Murray conjured up by Buchan.

Many years after hearing about the hazards of Afghanistan during a memorable dinner with the late Richard Beeston, Samia Nakhoul, Diana Saad, and others in a restaurant somehow still operating in the noisy ambience of the Green Line in Beirut, I was invited at short notice by my daily newspaper to spend Christmas in Kabul standing in for the central Asian correspondent.

Fortunately I had a cast iron alibi ready why it would be impossible for me to visit that entomologist’s paradise. I had already, in the meantime, made the acquaintance of robust east European versions of the honourable louse and paid my dues to the delousing gods on return to Western civilisation. 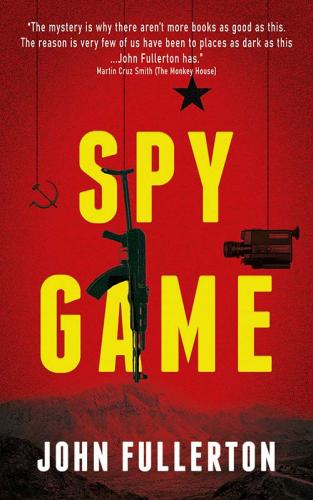