Year of Dante to mark 700 years since poet's death 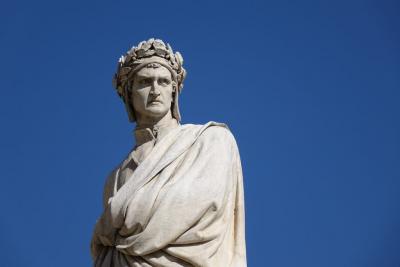 ROME - The Minister of Culture, Dario Franceschini, presented in a video press conference on Saturday the main initiatives for the celebrations of the seven hundred years since the death of Dante Alighieri and the events scheduled for the next ‘Dante Day’, established last year to be every March 25. The conference was attended by the President of the Celebrations’ Committee, Carlo Ossola, the Secretary General of the Committee, Maria Ida Gaeta, the President of the Quirinale Stables, Mario De Simoni, the Mayor of Florence, Dario Nardella, the Mayor of Ravenna, Michele de Pascale, the Mayor of Verona, Federico Sboarina and Silvia Calandrelli, Director of Rai Cultura.

"And so we went out to see the stars", the final verse of Dante's Comedy, is the motto that the Minister of Culture Dario Franceschini intended to take as a guiding theme and auspice for the Dante year in making known all the celebratory initiatives of the 700th anniversary. In the presence of the three mayors of Dante's cities and the heads of the Committee for the celebrations, the minister gave an overview of the truly enormous amount of events, whose start is scheduled for 25 March with a reading of Dante, at the Quirinale Palace, by actor Roberto Benigni and in the presence of the Head of State, and which will be broadcast live on RAI 1 starting at 7:15 p.m.. He informed how Dante is the protagonist of as many as 43 Italian cultural festivals, with the name of 'Piazza Dante' and, among the many shows, the three-year project 'divine comedy'. Dante is also present in countless initiatives abroad such as, for example, those at the Dubai Expo in synergy with the local Institute of Italian Culture (there will also be an exhibition on editions of Dante translations in Arabic to highlight the opening of Arab culture to the genius of the poet).

The mayor of Florence, Dario Nardella, presented the project for the Museum of the Italian Language in Florence, in the Santa Maria Novella complex, whose first lot should be inaugurated by the end of the year. 'In Tuscany with Dante' is instead an app designed to blend culture and tourism. In preparation, the largest virtual reading ever made in the world, starting on March 25, between Florence and New York. Then an initiative of the Accademia della Crusca on whose site, from 1 January to 31 December, a different word or expression by Dante Alighieri appears, enriched by a brief comment: locutions, mottos, Latinisms, neologisms, created by the author of the "Divine Comedy ", which are still largely part of Italian linguistic heritage. And again, the information site https://www.700dantefirenze.it/, then exhibitions at the Museum of Palazzo Vecchio with a work by Bronzino, in March the first of six events dedicated to the 700th anniversary by the University of Florence ... And again: virtual exhibition at the Uffizi of 88 drawings by Zuccari, then paths to Palazzo Bastogi, and other initiatives such as the one organized by the Maggio Musicale with Liszt's 'Dante Symphony' performance, the exhibition La mirabile Visione at Bargello, the photographic exhibition on Dante's places by Sestini, and at least 60 institutions involved in Florence with excellent teamwork. On Monday, the restoration of the Cenotaph in the church of Santa Croce is expected to be completed.

The mayor of Verona, Federico Sboarin, for his part, recalled the link of Verona with Dante, outlining various initiatives such as a virtual map of Dante's places, a widespread exhibition relating to all Dante's initiatives with an intertwining between the history of the Scaligeri and Dante , a program of shows culminating in the Roman Theater, the younger brother of the Arena but no less important. The 'Dante's box' with 21 actors narrating 21 different tracks from Dante's poetry; the ongoing restoration of the statue of Dante by Ugo Zannoni, from 1865, and therefore a bicycle run between Ravenna and Verona of the Giro d’Italia on May 21, in the name of Dante. In addition, a special tour with Claudio Santamaria and Francesca Barra who will travel through the city remembering Dante and his places. And the project of new DNA analyzes of the remains of Cangrande I with the aim of revealing the secret of his death. The mayor of Ravenna, Michele De Pascale presented the Dante initiatives of the city that hosts the remains of the great poet, which had already begun with the restoration of Dante's tomb where the perpetual reading of the Comedy was begun every day. On March 25, the Art Museum should be inaugurated with a virtual and innovative path on Dante's places, therefore also a Dante House. The Dante Museum linked to the tomb will be inaugurated in Ravenna.

And again: a pop epic of Dante's fortune in contemporary art; an international conference arranged by the University of Bologna, then an international poetry event; a live show with the Ravenna Festival dedicated to Dante and many artists who will try their hand at Dante's comedy. A range of numerous and unique events.

In Rome, the Scuderie del Quirinale will set up in autumn a large exhibition, illustrated by the president Mario De Simoni, a powerful show dedicated to Dante's iconographies, called 'Inferno', Hell, with international contributions and a complex of works that will later be disclosed. Dante's journey will distributed in the 10 rooms of the Museum, with 2 rooms dedicated to the transliterations of hell on earth.

The director of RAI Cultura, Silvia Calandrelli, announced the project that Rai is carrying out on Dante, a project already inaugurated with opening and closing concerts directed by Riccardo Muti, while three RAI channels will be dedicated to Dante on 25 March all RAI will dedicate programs to Dante in its schedules, some also aimed at students. RAI Cinema is planning a film by Pupi Avati dedicated to the poet.

The president of the Committee for the celebrations, Carlo Ossola, mentioned the massive public investment made for the celebrations: about 2.6 million Euros for over a hundred events that can also be followed in large part all over the world thanks to the network programming of many of them.