Comment: The mayor we need to make the South shine 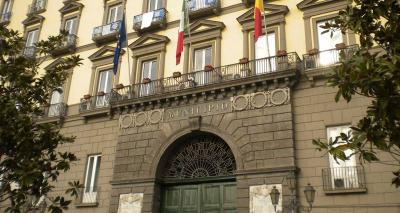 NAPLES - We have arrived at another turning point! 2021 is an election year for the big and important city of Naples. We conclude the mandate of mayor Luigi De Magistris and, we hope, start a new and historic period for Naples.

It’s always hard trying to delineate the traits that characterise the ideal type, and when it’s time to think who could be a model mayor - and how - for a city that represents an oxymoron for excellence, it becomes almost impossible because Naples is the city of a great mass and contains the most determinate contradictions. Naples is light and shadow, blinding flash and profound darkness, it is love and hate, melancholy and lightheartedness, weightless and heavy - a living condition, on all levels, that is complicated not only to manage, but even to know and understand deeply.

Naples needs to be lulled by the breath of intelligence and initiative, caressed by the principle of humanism. I think that these are the elements with which this great and beautiful city must be government and become ever stronger.

The mayor that I imagine for Napoli must be for the people and with the people; a person capable of getting their hands dirty in the many wounds of the city, to use an expression representative of who has the character to enter certain mechanisms with fear and with the desire to be there with heart and body to find solutions and to restart a motor that too often runs slow.

This same person must be a man of culture, and by culture I don’t mean that which has sprung up from the market of online degrees that is causing great harm to the education and university system. I am thinking of that type of culture born not only from deep and passionate study, but also from the capacity to know how to apply and reinvent oneself; to have that edge which allows you to be one step ahead. I am firmly convinced that it is through culture that it is possible to create the right economic conditions to create income. The lack of employment makes the population poor and this does nothing other than increasing the gap between those who have and those who have not, forced to live in conditions of extreme discomfort. I am of the opinion that is right to change perspective, in the sense that there is no need to consider work to be only that which the public offers - knowing how to use oneself and our own capabilities could open to others more interesting approaches to work. And so, for example, why not think about a good use for VAT numbers?! This would allow us to begin to see ‘the train to the North’ a bit more empty.

We need to reinforce the sense of belonging, of community and union. Together we can go anywhere, and if directing this undertaking is a mayor with a capital M, then even Napoli can return to shining and can live a new wave of rebirth, becoming the point of reference for a South that needs to be ready to shine.