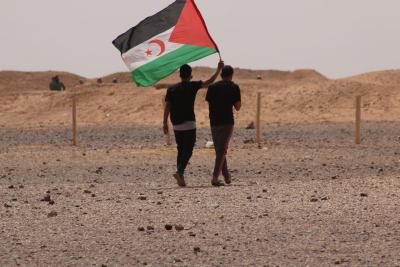 ROME - The Government of Morocco is demanding from the whole world a renunciation of universal principles to legitimise its illegal occupation in Western Sahara.
Fatima Mahfud, the representative in Italy for the Polisario Front, the movement that claims the independence of Western Sahara, has condemned the inability of the United Nations to guarantee a self-determination process in Western Sahara.
What happened this week - when Morocco cut previously healthy diplomatic ties with Germany  for their steadfastness in claiming a decolonization process through a referendum for self-determination - is emblematic and displays the desire of the Moroccan authorities to universalise the monarchical model of Morocco to the entire planet.
Morocco announced March 3 that it is suspending all contact with the German embassy in Rabat.  The Moroccan Ministry of Foreign Affairs said Morocco decided on the move “due to deep disagreements concerning crucial issues,” without elaborating.
As is well-known, Germany has never changed its point of view on the Sahrawi question, it has always reiterated and reiterates that this is a process of decolonisation and that the solution lies in holding a referendum for self-determination.
While the German government welcomed the normalization of relations between Israel and Morocco at the time, the German Foreign office also stated that its "position on the conflict concerning the Western Sahara is unchanged. We are seeking a fair and durable UN-mediated political solution which is acceptable to all sides."

In December last year, Germany called upon the UN Security Council to hold a closed door meeting on the U.S. decision and the deteriorating situation in the Western Sahara, after the long-running cease-fire appeared endangered. "We need a revitalization of the political process," Germany's ambassador to the UN, Christoph Heusgen, said.

This meeting was obviously not in Morocco's interest, Lechte conceded. "Morocco would very much like it if the EU — and Germany, as one of its most powerful states — simply acknowledged the Trump move. But just as we did before, we are relying on a UN process."

Another issue that was mentioned by Moroccan critics of Germany is that, on Feb. 27, the parliament in the German state of Bremen raised the flag of the Sahrawi Arab Democratic Republic — the Western Saharan independence movement's self-declared territory — over its buildings. On their official Facebook page, state politicians said they had done so to mark 45 years since the Sahrawi Republic was founded.

Another sticking point mentioned by Moroccan media is Germany's refusal to prosecute Moroccan-German activist Mohamed Hajib, who spent seven years in a Moroccan jail. A UN Working Group on Arbitrary Detention found Hajib was arrested based on a confession obtained under torture. After Hajib was released in February 2017, he returned to Germany where he has devoted his social media feeds to criticism of the Moroccan government and security agencies. In turn, the latter issued an international warrant for his arrest although it was canceled by Interpol in February.

Morocco were not happy to learn that Europe is not aligned with the unfortunate proclamation that Trump made in the last days of his mandate, that recognised Morocco’s claim to the mineral-rich Western Sahara.
The Sahrawi Arab Democratic Republic, representing the Sahrawi people of Western Sahara, controls around 20 per cent of Western Sahara, while the rest is occupied by Morocco. The Sahrawi people are fighting for a UN backed referendum for self-determination for full control of their country.
In Europe, however, Morocco does have an ally who is no longer ashamed of defending the illegal exploration of the natural resources of Western Sahara: France!
On March 2 and 3, we saw them parading in front of the European high court to defend and support the Moroccan robbery of Western Sahara’s resources; the Republic born with the slogan Freedom, Equality, Brotherhood, denies all this to the Sahrawis, guilty of refusing to be subjects of His Majesty the King of Morocco.
We should have studied better how the French Revolution ended, we should have understood that that slogan could only work if it is upside down, there can be no freedom or equality without the brotherhood of peoples.
mr-ol 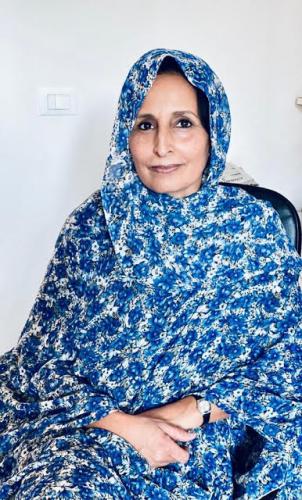