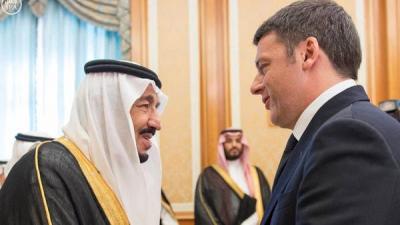 Renzi with King Salman, and Mohammed bin Salman in the background

ROME - Pressure has mounted on former Italian Prime Minister Matteo Renzi to cut his ties with Saudi Arabia following ANSA’s interview with the fiancee of Jamal Khashoggi, the Saudi journalist assassinated on the orders of Crown Prince Mohammed bin Salman, in which she accused him of turning a blind eye to the murder.

Jamal Khashoggi, a harsh critic of the Saudi government, was murdered and dismembered in the Saudi Arabian embassy in Istanbul in 2018. It is alleged that Mohammad bin Salman gave it the go ahead. Several of those arrested had direct links to bin Salman and allegedly travelled to Istanbul specifically to assassinate Khashoggi.

King Salman is legally Saudi Arabia's Head of State, but his son, Crown Prince Mohammed bin Salman, is thought to be the de facto ruler.

“It is not possible,” said Hatice Cengiz, Khashoggi’s fiancee, “to be well informed on Saudi Arabia and at the same time argue that Crown Prince Mohammed bin Salman is a reformer.”

Though Saudi Arabia has seen some positive reforms in the past few years, including allowing women to drive and restricting the power of the religious police, the State has also been much criticised for the military campaign in Yemen and the treatment of human rights activists, as well as diplomatic conflicts with Lebanon and Qatar. Political commentators have described it as an authoritarian state, arguing that it accepts no criticism of the government - the leaders of which are mostly members of the royal family.

Cengiz, 39, continued, “I really don’t know why [Renzi] did it. Perhaps he needs to try to better understand the reality of the situation in Saudi Arabia and what bin Salman did to Jamal.”

Cengiz, who is currently involved in an tribunal in Istanbul into the murder, said in a public statement, “I think that no justice has been done in any way for the killing of Jamal. Now we know that Mohammed bin Salman can order the murder of an innocent person, and even after they all knew what he did, there is still no punishment for this terrible crime that put an end to Jamal’s life and ruined that of mine and those who loved him.” 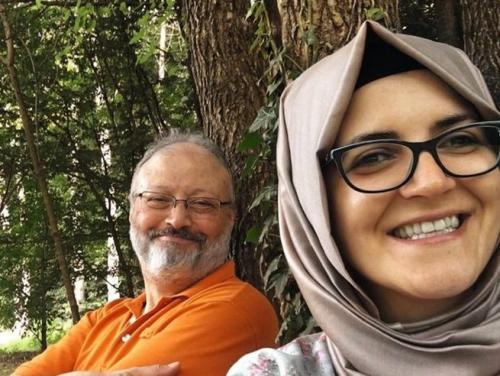