Army general chosen by Draghi for fight against Covid 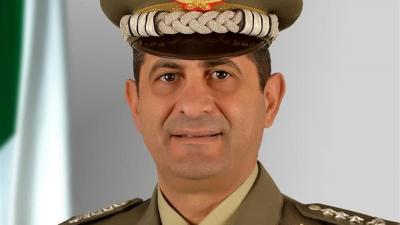 ROME - After the sacking on Domenico Arcuri as Commissioner for the fight against Covid-19, Italian Prime Minister Mario Draghi has announced Francesco Paolo Figliuolo as the new man in charge of the way out of the pandemic.

Figliuolo, originally from Potenza, is a former army general who since November 2018 has served as Logistics Commander of the Italian Army, and previously led the Italian contingent in Afghanistan and commanded NATO forces in Kosovo. He has received various honours, both the Gold and Silver Cross of Merit, and the NATO Meritorius Service Medal.

He has taken over from Arcuri at a crucial time for the fight against the pandemic in Italy, as the vaccination campaign struggles to get going in full strength, and several regions are at risk of going back into a red zone, or already have.

He has pledged, reports Il Giornale, to administer 200,000 vaccine doses a day thoughout March, and 600,000 a day in April, no doubt using his position to carry out Draghi’s commitment to using the army’s resources to speed up vaccinations.

Figliuolo spoke after his appointment, saying, “I will put all of myself, and commit everything possible, to confront this pandemic. I will work for our country and our compatriots.” The nomination, he explained, “was a bolt from the blue. It is a great honour.”

His predecessor Domenico Arcuri, who was given the role in March 2020 by then PM Giuseppe Conte, was sacked on Monday by Mario Draghi. He had come under fire for the continual setbacks to the vaccination campaign, as well his alleged involvement in the Chinese facemasks scandal (as reported by the Insider: http://www.italianinsider.it/?q=node/9904).

It is alleged that Arcuri did nothing to stop the illicit purchase of facemasks by a group of businessmen trying to exploit Italy’s desperation for personal protective equipment at the start of the pandemic.

Matteo Renzi, the leader of Italia Viva, and Matteo Salvini, the secretary of the League, had both been critical of Arcuri, and were quick to express their delight at the decision. Renzi said this decision, "finally goes in the direction that Italia Viva has been asking for months. Well done!"

The government has made it clear that Figliuolo will not have the same freedom and power as Arcuri while he manages this final stage of the pandemic. He will be coordinating everything he does with, Fabrizio Curcio, the new head of the Department of Civil Protection, which will be taking over the distribution of the vaccine.