Both Rome teams slip down the table in tight Serie A 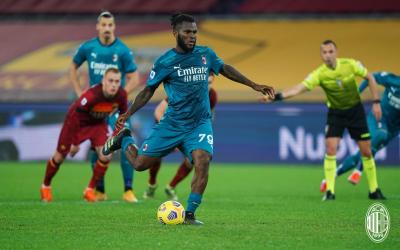 ROME - After another weekend of exciting Serie A action, there have been many changes at the top of the table. Roma have dropped down to fifth after losing to second place AC Milan, and Atalanta climbed to fourth having beaten Sampdoria away. Napoli beat Benevento to steal sixth place from Lazio who lost to Bologna.

Inter have kept their place at the top of the table after beating Genoa 3-0 on Sunday. It was a dominant performance by Inter in which they managed 23 shots at goal to Genoa’s three. Romelu Lukaku opened the scoring in the first minute and the Belgian then provided an assist for Matteo Darmian’s 69th minute goal. The Chilean Alexis Sanchez rounded the match off with a third in the 77th minute, just one minute after coming on as a substitute.

This was Inter's fifth Serie A victory in a row, managing to keep the four point buffer between them and their Milan neighbours in second place.

AC Milan’s 2-1 victory against Roma on Saturday was their first win in five matches - a patch of poor form which saw their first place snatched from them by Inter only a couple of weeks ago.

Milan had two goals disallowed in the first half and hit the bar once, before the deadlock was eventually broken by a cooly converted penalty by Franck Kessie in the 43rd minute. The Frenchman Jordan Veretout equalised for Roma in the 50th minute with a curling shot from just inside the box before Croatia’s Ante Rebic put Milan back into the lead just eight minutes later with a brilliant turn and finish into the bottom corner.

Roma’s neighbours Lazio slipped down to seventh place after losing to Bologna 2-0 on Saturday. Lazio will no doubt be especially disappointed by this result given that they had the majority of attacking opportunities and seemed more threatening at times.

Ciro Immobile had a poor penalty saved in the 17th minute before Ibrahima Mbaye punished this mistake just two minutes later, scoring a tap from a deflected save at the other end to give Bologna the lead. A goal from Nicola Sansone in the 64th minute stretched that lead and Lazio failed to convert any of their 13 goal attempts in the second half.

Atalanta’s 2-0 away victory on Sunday against Sampdoria, thanks to goals from Ruslan Malinovsky and Robin Gosens, saw them climb to fourth place, only behind Juventus on goal difference. However Juventus, who drew 1-1 on Saturday to Verona, still have a game in hand.

Napoli, also with a game in hand, beat Benevento 2-0 on Sunday to snatch sixth place from Lazio, though currently only three points separate Lazio in seventh from Juventus in third. 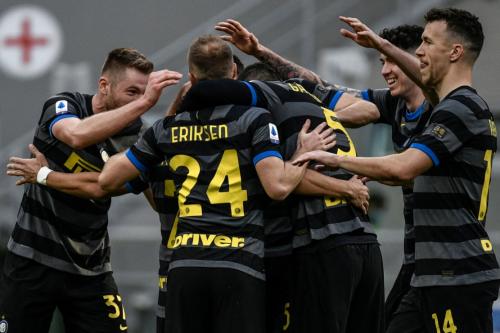