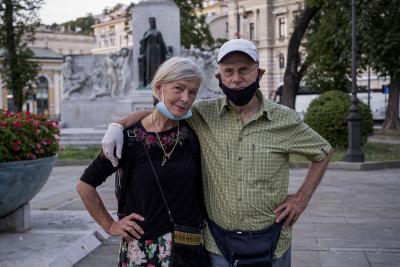 From the search warrant presented to them on Feb. 23, Gian Andrea Franchi learned that an investigation had been launched against him in relation to these charges.

In 2019 they founded "La Linea d'Ombra" in Trieste, a volunteer organisation that raises funds to support migrants in need.

The migrant rights defenders and volunteers are known for their “feet washing” tradition: as migrants arrive to Trieste after having walked barefoot for miles, in dire conditions, their feet are often bleeding and in need of medical treatment.

Lorena Fornasir and Gian Andrea Franchi frequently cross the border and provide basic assistance, such as food and clothes, to migrants stuck at the Croatian border and in informal camps in Bosnia and Herzegovina.

During the early morning raid on Feb. 23, the police confiscated their mobile phones and laptops, as well as the account ledgers for their organisation La Linea d’Ombra and other materials.

According to the information provided to the migrant rights defender Gian Andrea Franchi, he is being charged in relation to sheltering a migrant couple and their two sons for one night in his home, and then driving them to the train station the following day.

They are among the organisers of the initiative "Un ponte di corpi" (bridge of bodies), a solidarity march in various parts of Italy to call for open borders and the respect of migrants' rights. The march is due to take place on March 6.

Front Line Defenders, an organisation that protects those working non-violently to protect the rights of others, urges the authorities in Italy to “immediately drop all charges against migrant rights defender Gian Andrea Franchi as it is believed that they are solely motivated by his legitimate and peaceful work in defence of human rights,” and return all their confiscated possessions and allow them to continue their work in peace. 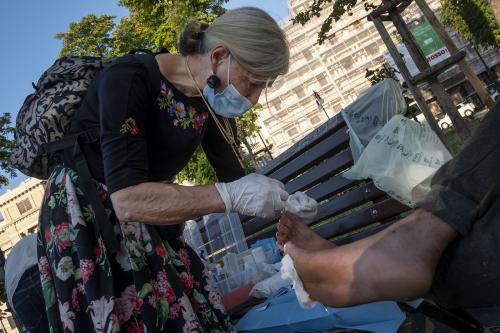