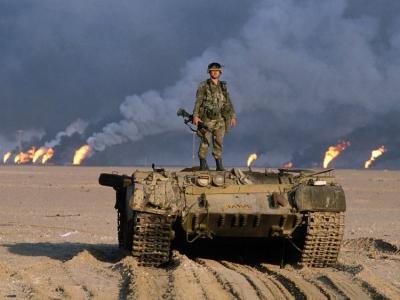 ROME – Some 30 years on from the Kuwait war, “a lot of things have changed for the better”, but there is still a long way to go for peace in the region, according to William Spencer, the Executive Director of the Institute for International Law and Human Rights in Washington D.C. and Baghdad.

During an online discussion panel on Thursday, run by the Euro-Gulf Information Centre (EGIC), Spencer was one of a panel of experts discussing the legacy of the First Gulf War, as we mark 30 years since its conclusion on Feb. 28, 1991.

Though the last 30 years has seen some turbulent times for Iraq and Kuwait, including a Saddam Hussein-led government that was often guilty of “mafia style shakedowns,” according to Spencer, things are looking up. Iraqis now want peace and stability in Iraq above all else, and are working hard to put the actions of Saddam behind them, and fix the damage done by the Gulf Wars.

However, Iraq is still ranked 162nd out of 198 countries in terms of corruption there are still millions of Syrian refugees in camps in Iraq, as well as millions of Iraqis without homes as a result of the last few years of brutal Daesh attacks. Unemployment is currently 13%, though these are government statistics, and some estimate the actual number to be much higher.

Spencer was keen to stress, however, the positives for Iraq. The gross domestic product (GDP) has more than doubled since 2003, and civilian fatalities are currently at an all time low. Iraq is more peaceful than it’s been for a long time

Many political and social commentators have noted the recent drive to bring the Gulf states together as one international community, as well as joining the more global international community. The Abraham Accords, historic peace agreements between the UAE, Egypt and Israel signed in August 2020, being an example of this.

However, Amnah Ibraheem, a PhD researcher focused on emerging energy programmes in the Arab Gulf, was quick to point out that the likelihood of Kuwait or Iraq coming to any kind of agreement like this with Israel is basically non-existent.

The anti-Israeli sentiment in Kuwait is still incredibly strong, according to Ibraheem, and Spencer even noted that Iraqi MPs can get prosecuted for visits to Israel. During the EGIC conference, Ibraheem described how there are laws written into the Kuwaiti constitution that hinder any kind of cooperation with Israel – “on a foreign policy level,” she said, “Kuwait sees Israel as the enemy.”

Since Kuwait’s drift away from the influence of the British in the 1960s, the Emirate have become more and more involved with the Arab community in the Middle East. Gerald Power, lecturer at the Anglo-American University in Prague - researching British cultural diplomacy in the Arab Gulf in the 1950s to 70s – spoke during the EGIC about the Iraq-Kuwait crisis in 1961.

After an Iraqi invasion scare in 1961, Kuwait “recognised the need to enlist Arab support” and disengage itself from Britian, according to Power. Being part of the so-called “sterling area” perhaps isolated Kuwait from its Arab neighbours, but their acceptance into the Arab League in 1961 fostered a stronger loyalty towards their neighbours and in turn their neighbours became more protective of the small Arab state. Power described the anti-British feeling in Kuwait since their departure from Britain’s sphere of influence.

Power, however, added that in retrospect Britain perhaps deserves some praise for preventing a possible earlier invasion of Kuwait during the Iraq-Kuwait crisis of 1961, by pre-emptively sending troops into the area in defence of Kuwait.

This Arab loyalty, Ibraheem argued, meant that while relations within much of the Middle East are improving, it is very unlikely that Kuwait will be looking to sign any kind of accord with Israel.

The US were keen to emphasise the historical importance of the Abraham Accords, as the first kind of peace treaty between any Arab country and Israel since 1994 (the Israel-Jordan peacy treaty), with the only previous example being the Israel-Egypt peace treaty of 1979. However, Spencer argued that the Abraham Accords were no great masterpiece of negotation, rather just a treaty “that made official something that had been going on for years.”

As such, it may be a while before we see anything similar, particularly with Kuwait or Iraq. 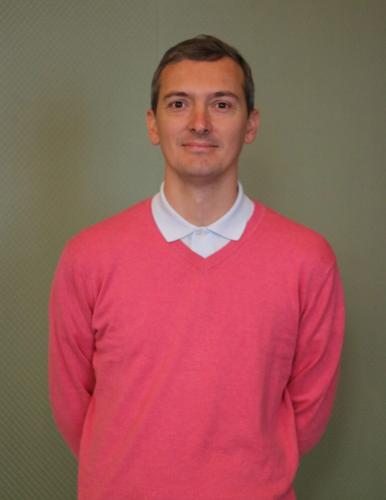 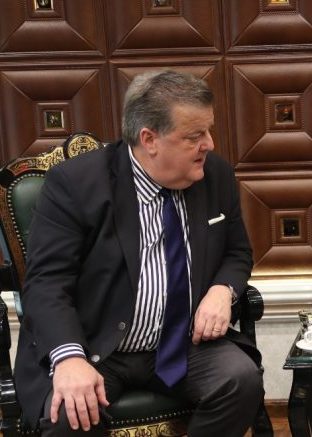