Roma into next round of Europa League, Napoli not so lucky 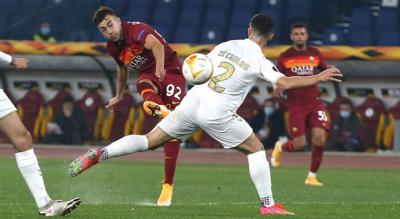 ROME – In the latest round of Europa League fixtures, only one Italian team saw success, with Roma beating Braga 5-1 on aggregate, while Napoli crashed out, losing 3-2 to Granada across the two legs.

In the second of Roma’s two round-of-32 matches against Braga on Thursday, the home side managed a 3-1 victory. They won 2-0 in Portugal on Feb. 18.

Roma seemed happy to take the game slowly in the first 20 minutes, already in a very comfortable position, but that changed when Edin Dzeko managed to capitalise with a rebound from a wonderful Stephen El Shaarawy shot that deflected off the post.

Lorenzo Pellegrini missed a penalty in the 72 minute, but managed to redeem himself with an assist for the Spanish Carles Perez three minutes later.

Roma were perhaps more concerned with preventing fatigue ahead of a crucial league match against Milan on Sunday, but still managed to score another in the 91st minute, through Borja Mayoral, and concede an own goal thanks to midfielder Bryan Cristante.

Braga played well and managed to threaten the Roma goal on a few occasions, but Roma very much deserve their place in the round-of-16.

Meanwhile in Naples on Thursday night, Napoli were less fortunate. Despite winning their home fixture 2-1, a 2-0 loss last week in Granada meant they needed to have done more to survive.

A third minute goal by Poland’s Piotr Zielinski gave Napoli an early lead, but Granada bagged an equaliser in the 25th minute through Angel Montoro. The home side put on a very spirited performance, especially in the last half an hour, with Fabian Ruiz scoring another, but in the end it wasn’t enough.

It was dominant performance by Napoli but it was defensive mistakes, as in the first match, that let them down.

The team can now focus all their attention on Serie A, where they are currently sitting in seventh, though only four points behind fourth place, which will no doubt be their objective. 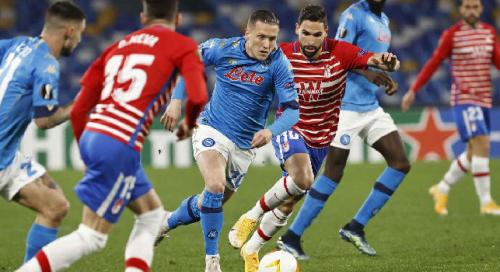