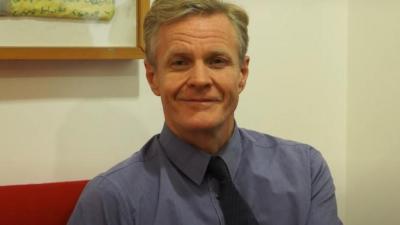 ROME - Paul Sellers, the fun-loving former head of the British Council in Italy, has resigned from the post after being accused of sexual harassment. His decision to resign came after a long internal investigation into the incident, according to AGI news agency.

On Dec. 16, 2018, Sellers allegedly grabbed the breast of a staff member of the British embassy in Rome, and kissed her unsolicited on the lips. The incident took place at a party at Sellers’ house, hosted by him and his wife Isadora, an art historian who had also worked at the Embassy.

The unnamed woman, identified only as ZZ, reported the incident to British ambassador to Italy, Jill Morris, who launched the investigation.

The incident would not have been revealed to the public had Sellers not sued the British Council and Dominic Raab, the head of the Foreign Office, who fund the British Council. He took them to court in the UK for alleged libel on the basis of an email sent by Ken O’Flaherty, the deputy head of mission at the British embassy in Rome.

In the email O’Flaherty detailed the events of the night and the woman’s complaint, “When saying goodbye to Paul, he leaned in and kissed [ZZ] on the edge of her lips. He placed his hands on her chest and rubbed them down over her breasts in a way that was quite deliberate. [ZZ] was very shocked by this. She felt violated and immediately wanted to get out of the house. She duly left.”

The email continued that “[ZZ] judges that Paul was 'quite drunk.' He had previously [been] salsa dancing with a female intern and said proudly 'I don't drink coffee' when it was offered.”

"Paul regularly drinks at social professional events. I have not seen him incapacitated, but does show the effect of alcohol and consumed more than many colleagues.”

The judge, Mr Justice Saini, ruled that two other emails, one from O’Flaherty and one from Rebecca Walton, the British Council’s Europe director, were not defamatory and were simply explaining the accusations of the woman. The case surrounding O’Flaherty’s first email is still ongoing.

Sellers had worked in the British Council, the cultural and educational organisation promoting the UK through ‘soft power’, for 22 years - as head of the Italian branch since 2014, and before that with important roles in India and the United Arab Emirates.