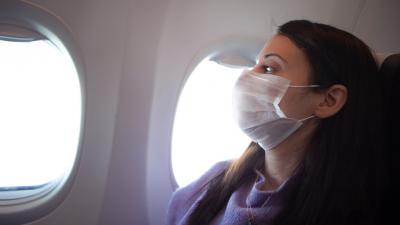 Two percent of travellers from England test positive, according to Il messaggero. The English mutation, which has been spread by travellers, has resulted in the closure of Cerboni and Rodano schools.

It has been established that the Covid swab test, to examine whether one is positive or negative, is only reliable if it is carried out correctly. However, even if the test is conducted accurately, those who are asymptomatic to the virus, thereby having a negative test result, have flown with as other people who will not be asymptomatic. As a result, the variant travelled with the English travellers.

Back in December, at airports in Rome, the first alarm was raised for passengers who were arriving from England: positive with Covid, but negative according to their swab result.

“We are in a very delicate phase, the tracing for the virus mutation actually starts at the airport and we are already coordinating the same procedure for flights coming from Austria,” said the manager of the Roman Covid airport centre. At least for the moment, the swab for these passengers is only carried out on a voluntary basis.

Research also being broadened regarding the South African variant. Just like the English one, it contains the N501Y mutations on the protein spike of the coronavirus. It has been stated that the English and the Africans are twice as lucky to carry covid-19 (even if they are asymptomatic).

The first measure of containment for the African mutation, which is rapidly on the rise in Austria, was launched last week. The Italian Ministry of Health, on Feb. 14, signed a new ordinance that has introduced tests and isolation for travellers coming from Austria. However “in the airport the swab is still on a voluntary basis so our task for now is to invite those landing from Austria to undergo the test.”

The positive samples are being sent to the laboratory to be sequenced in search for correspondence. “There are still very few tests that we are sending from  Austrian passengers, so there is the worry that the new mutation is already in the capital.”