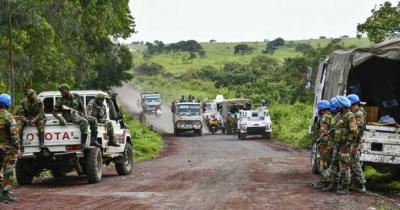 GOMA - The Democratic Forces for the Liberation of Rwanda (FDLR), the rebel group thought to be responsible for the killing of the Italian ambassador Luca Attanasio, have released a statement “denying any responsibility” and pointing the finger of blame at the Congolese army.

Italian intelligence has also suggested that the involvement of ISIS cannot be ruled out as they have been responsible for previous attacks in that area.

Attanasio, 43, along with his Carabiniere guard, Vittorio Iocavacci, 30, and a driver, Mustapha Milambo, were shot and killed on Monday morning while driving through the Virunga National Park in the Democratic Republic of the Congo (DRC).

They were ambushed at around 10:15am in an area known as “three antennae”, a few kilometres from the city of Goma in Nord-Kivu, a region known to be dangerous and teeming with militia forces.

The diplomat was travelling in a convoy of three cars on the way to deliver food to vulnerable populations in that area, as part of a World Food Programme (WFP) mission. A statement from the governor of the province of Sud-Kivu has described how they were “six of them, five with Kalashnikovs and one with a machete.”

The statement continued that “the assailants forced the people on board to get out and follow them into the park, after killing one of the drivers to create panic.”

The Congolese President, Félix Tshisekedi, confirmed in a statement that the ambassador and the Carabiniere were killed at close range, excluding the possibility that they were killed in a shootout between the bandits and Congolese armed forces. Iocavacci died on the scene, but Attanasio, shot in the stomach, died around an hour later in a hospital in Goma.

The Virunga National Park, running along the border with Uganda and Rwanda, is well known, not only for the presence of the endangered mountain gorilla, but for the prevalence of armed rebel groups. In the last few years several park rangers have been killed and in May 2018 two British tourists were kidnapped.

However, witness testimony cited by local news sources alleged the the assassins spoke in Kinyarwanda to each other, a Rwandan language, spoken by Hutu exiles in the DRC, while they spoke in Swahili to the prisoners.

The FDLR instead pointed the finger towards the army, saying that “the responsibility of this ignoble assassination is to be found within the ranks of [the Congolese army and the Rwandan army] and their sponsor that has formed this unnatural alliance in order to endlessly prolong the destruction of the east of the DRC.”

The Congolese President has send an envoy to Italy with a letter addressed personally to Italian Prime Minister Mario Draghi promising the DRC’s full commitment to investigating this tragedy and finding those responsible.

Father Giulio Albanese, a missionary and journalist, has said in an interview with La Stampa that the international community has to do more to help in these conflicted areas - that the UN has failed. “It is important to emphasise that we are noticing this dramatic situation in the Congo only today,” but these conflicts has been going on for “too many years.” 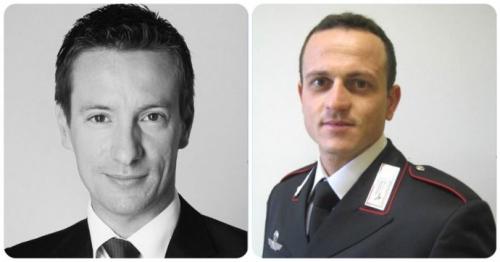