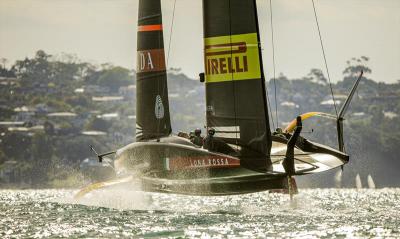 AUCKLAND – The Italian yacht Luna Rossa has won the Prada Cup, earning a place in the 2021 America’s Cup, the prestigious sailing competition, to start on March 6.

The Italian team, led by skipper Max Sirena, beat Ineos Team UK 7-1 overall and will face the yacht Te Rehutai of Emirates Team New Zealand. This will be only the second time in six attempts that the Italian team, representing the Circolo della Vela Sicilia yacht club, have made it to the America’s Cup.

The America’s Cup is the oldest international sporting competition and takes place every four years, between the defending champion and a challenger. This edition of the competition, the 36th, will take place on the Hauraki Gulf in New Zealand and will be a best of 13 race series.

In the final of the Prada Cup, the America’s cup qualifying event, Luna Rossa won the first five races of the best of 13 series, but suffered a scare when on Saturday the British team, skippered by Sir Ben Ainslie, the most successful Olympic sailer ever, won the sixth. However the match was finished on Sunday when the Italian team won the final two races, making it 7-1.

Ainslie congratulated his opponents, saying, "well done to Luna Rossa and well done to Italy. It's a big deal in Italy to get into the America's Cup again. So congratulations to the team, to Jimmy and Checco and all the boys, they sailed brilliantly and deserve to take the Final. Hats off to them we are obviously disappointed we didn't get through but we are to go away, back on the drawing board and see what we can do." 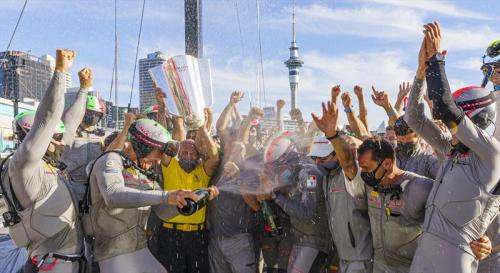