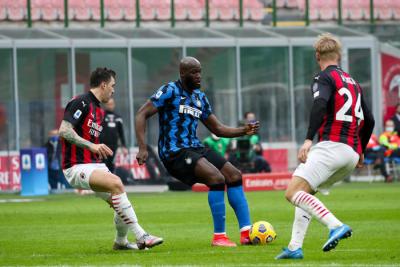 ROME – In the latest weekend of Serie A action, Inter beat AC Milan 3-0 to stretch their lead at the top of the table to four points, with their neighbours still sitting in second.

Atalanta edged closer to Roma after an important win against Napoli, and Lazio managed a 1-0 victory over Sampdoria. Juventus on Monday night beat Crotone 3-0 to snatch third place from Roma.

Sunday’s Milan derby saw a dominant performance by Inter’s strike partnership of Lautaro Martinez and Romelu Lukaku, with the Argentinian scoring two goals, and the Belgian one. Already 1-0 down at the break, Milan came into the second half fully revitalised, putting persistent pressure on the Inter goal, with a couple of good saves by the Slovenian Samir Handanovic being the only thing stopping an equalizer.

Despite Milan’s constant threat, Inter were the ones to capitalise with two well worked goals coming from counter attacks, including a brilliant solo effort by Lukaku. This loss continues a bad patch of form for Milan, who have managed just six points from their last six league matches, and recently saw a comfortable lead in the league slip away from them.

Elsewhere on Sunday, Atalanta beat Napoli 4-2 at home. The first half saw no goals, with the only bit of action being a red card for Atalanta’s manager Gian Piero Gasperini – punished for arguing with the referee over a tackle on Matteo Pessina that he thought should have been a penalty.

All six goals came in the second half, including two for the German Robin Gosens, though admittedly one was in his own goal – the other Napoli goal coming from Stanislav Lobotka. The rest of Atalanta’s goals all came from different players – Duvan Zapata, Luis Muriel and Cristian Romero all joining in on the scoring.

Atalanta have only lost once since November, while Napoli aren't quite having the same success, with four defeats in their last five matches.

In Rome on Saturday, Lazio beat Sampdoria 1-0, with the only goal coming from the Spaniard Luis Alberto, while their neighbours Roma could only manage a disappointing goalless draw against 15th place Benevento on Sunday. 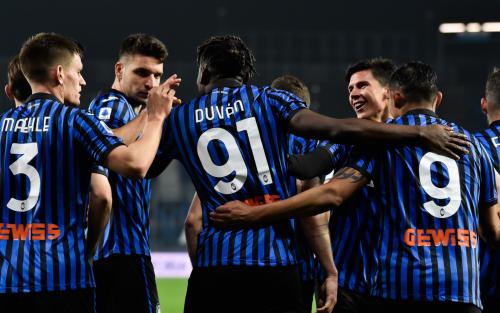