The first ever fully sustainable harvest of Barolo wine 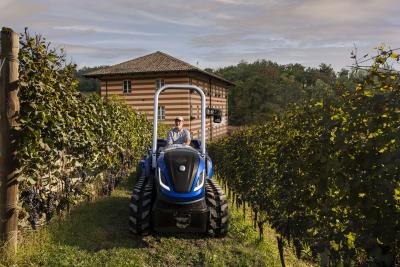 CUNEO – A collaboration between FPT Industrial and Fontanafredda has produced, for the first time, a zero emissions harvest of a Barolo vineyard. This harvest will result in the uncorking, in 2025, of the first ever 100 per cent sustainable bottle of the ‘king of wines,’ according to FPT industrial.

This announcement comes as part of Fontanafredda’s ‘Green Renaissance’ – the attempt to reduce carbon emissions throughout the wine industry.

The project is a collaboration between Fontanafredda, a Barolo winery in Serralunga d’Alba “founded by the first King of Italy” in 1858, and FPT Industrial, a motoring manufacturer and major producer of vehicles with minimal environmental impact.

Fontanafredda has similarly been dedicated to producing environmentally friendly wines for a long time, which were even listed in the Wine Spectator’s list of the 100 best wines in the world. Fontanafredda’s Green Renaissance is aimed at the creation of a global community centred on respect for the earth. Their everyday practices include the reuse of water, the use of native yeast, minimal packaging and the use of clean energy in the village.

The heart of the partnership is the provision by the farm of two New Holland TK Methane Power crawler tractors, with FPT Industrial Natural Gas motors, fuelled by biomethane. The tractors, capable of doing all the tasks of specialized vineyard tractors, can also run on gasoline and are capable of being hybrid.

The three-year partnership is also supported by the Tobias Project in Piedmont, New Holland Agriculture, CNH Industrial and many local businesses.