Outrage over ships with live animals and no destination port 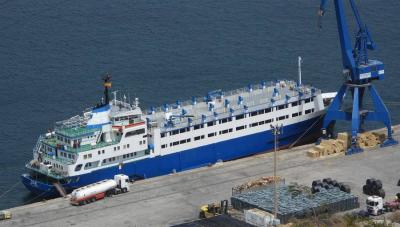 CAGLIARI - Animal rights activists on Thursday requested the assistance of the Italian government after two ships full of live animals were reported to be anchored in the Mediterranean, one sitting off the coast of Italy.

Animal Welfare Foundation, Animal Equality and ENPA, the Italian national animal protection body, have denounced the actions of the ships and made an urgent call for help from the government.

The two ships, Elbeik and Karim Allah, are allegedly carrying 1,776 and 895 cows respectively. Both were approved with certificates for the transport of live animals within the EU - specifically by Croatia and Romania - though the animal rights groups have claimed they are now in violation of several laws on the wellbeing of animals.

According to the animal rights organisations, the ships both set off from Spanish ports, and were refused port in Libya, supposedly for the presence of the bovine bluetongue disease on board. For over two months the ships have allegedly been sailing the Mediterranean aimlessly, with the animals trapped in horrific conditions, very probably surrounded by dead animals, or with the carcasses illegally dumped overboard. It is understood that the Karim Allah was originally headed for Turkey, but it is unclear why it changed course.

The animal rights groups, with the help of the law firm Conte & Giacomini, have requested an urgent intervention by the Captain of the Port of Cagliari, with a competent veterinarian, in regards to the Karim Allah.

The animals groups released a statement on Thursday saying, “there are two cases: either the ship is lying and has been carrying thousands of cows in horrifically crowded conditions for months, releasing false declarations, or they dumped the bodies of the dead animals  into the sea during the voyage. Both cases are extremely grave violations of the law.”

They continued, “we ask that the Italian authorities intervene as soon as possible to put an end to this alarming situation… that constitutes a complete disregard for even the most basic rules on the wellbeing of animals.” 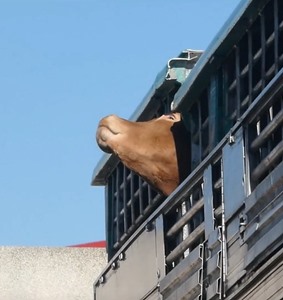