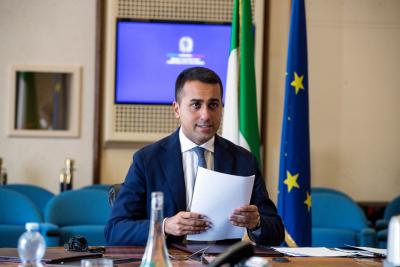 ROME - Italy has pledged 84 millions euros in the fight to guarantee access to food for those in the poorest rural areas, Luigi Di Maio, Italian Foreign Affairs Minister, announced at the Council of Governors of the International Fund for Agricultural Development (IFAD).

Speaking at the opening ceremony for the 44th annual session on Wednesday, Di Maio said “it is fundamental to support the work of IFAD. There is a need for adequate and sufficient resources to take action on the ground, to invest in rural economies, in food security, in access to food, and in sustainable production cycles.”

He continued, “Facing such a great challenge, IFAD can always count on our country. The new Italian government has just allocated a sum of 84 million euros, destined for the 12th recapitalisation of the fund. It is a significant increase in our contribution.”

At the conference, continuing virtually on Thursday, the members of IFAD, a UN specialised agency based in Rome, confirmed the second mandate of Gilbert F. Houngbo as President. Houngbo, the former Prime Minister of Togo, has been President of the organisation since 2017.

The objective of his mandate is to "double the impact of the fund” by 2030, and to guarantee that 40 million people increase their income by 20 per cent by 2030. Houngbo has invited donations for a comprehensive programme of action that will cost around 11 billion euros from 2022 to 2024.

“This appointment is a clear indication,” according to IFAD sources, “not only of the support [for Houngbo], but also of the recognition of a leader who has demonstrated with success the importance of long term rural development as a key solution to the global challenges which the world is currently facing.”

Houngbo said at the conference on Wednesday, “with the pandemic that is continuing to    severely damage the rural areas of the planet, and the predictions that indicate an increase in poverty and hunger, it is even more urgent that IFAD increases its impact.

“Today it is COVID, yesterday it was a tsunami, and we don’t know what will happen tomorrow. The threat from climate change and extreme weather will not diminish, and we should prepare. No rural woman or man should ever be in a position of having to sell his or her meagre assets – or be forced to migrate – in order to survive”. 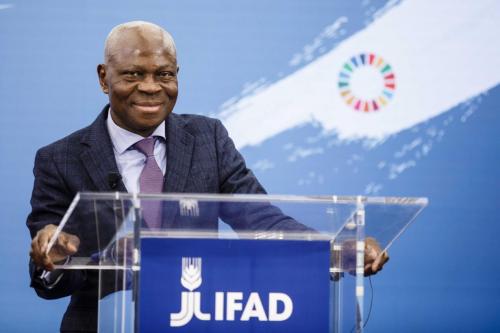