M5S at risk of schism after Senators vote against Draghi 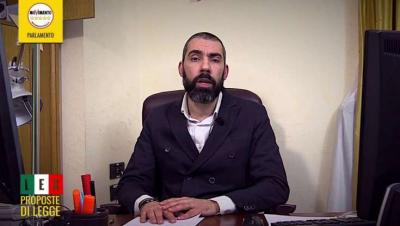 ROME - The 5 Star Movement (M5S) are facing a possible schism with 15 M5S Senators looking likely to be expelled from the party on Thursday after voting against Italian Prime Minister Mario Draghi.

Draghi, however, still managed to win a large majority in Wednesday night’s vote of confidence, with 262 for him, 40 against and two abstentions.

The 15 Senators will likely be expelled from the party on Thursday morning, according to political commentators. The Senators did not follow the wishes of M5S members who voted in favour of the party supporting Draghi on the party’s website, Rousseau, last week.

The group of M5S dissidents is supposedly led by the Senator Barbara Lezzi.

The Senator Matteo Mantero, another dissident, has said in an interview with La Repubblica that he doesn’t think the party is so “extreme” as to expel them, “it shouldn’t be the case. 90 per cent of Senators were against the idea of forming a government with Draghi rather than Conte, also in the Chamber, the majority said no.”

There were a few M5S Senators who absented from the vote, but Mantero said that an absentee is as good as “implicit support.”

Asked if they will be expelled, he said “if they want to destroy the party then they will do so, if they want to preserve the party and the pluralism, then different positions must instead be valued. If one continues to cut heads we will become a single-thought party.”

In recent years the party has been significantly weakend - since 2018, between expulsions and resignations, M5S has lost 15 Senators, with two more dying.

The Democratic Party (PD) have announced that they will be only nominating women for the junior minister roles having received much criticism for not nominated any women for ministerial roles in Draghi’s new government. The Senator Laura Galvini has said, “it is a problem for the entire country, without women it cannot progress economically nor culturally.”

The secretary of PD, Nicola Zingaretti, said in response to the outcry that “it is a justified rage, and which requires a response, we cannot just sweep it under the carpet, but must use it to overcome the limitations that exist.”