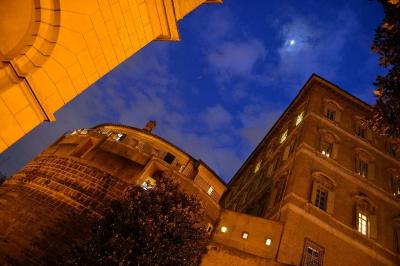 VATICAN CITY - The sentencing of the former head of the Vatican Bank has given renewed vigour to the search for the ‘Ustasha Treasury’, due to suspicions over the bank’s possession of the loot, and their previous unwillingness to aid the search, according to lawyer Dr Jonathan Levy. The whereabouts of the treasury is one of the last unsolved mysteries of the Second World War.

Angelo Caloia was, on January 21, sentenced to 8 years and 11 months imprisonment by the Vatican court for skimming millions of euros in profits from the sale of Vatican-owned properties. The investigation into Caloia, among others, is part of Pope Francis' attempt to clean up the murky insitutions of the Vatican. Caloia served as the President of the bank, officially known as the Institute for Religious Works (IOR), from 1999-2009.

This conviction was of huge relevance to the search for the Ustasha Treasury as Caloia was the man who repeatedly denied, including in a US Federal Court lawsuit, of the existence of the Ustasha Treasury within the Vatican Bank, according to Dr Levy, the lawyer who filed the lawsuit.

Dr Levy, a Holocaust victims’ lawyer, has been leading the search for the treasury since 1999 when he began seeking an audit of the Vatican Bank, which for over 20 years the bank has refused. In 1998 the US government issued a lengthy report about the fate of the Ustasha Treasury that heavily suggests it ended up at the Vatican Bank.

The treasury consists of huge amounts of gold and silver, as well as numerous artworks and cultural artefacts looted from Croatia, Serbia and Bosnia by the Ustasha, the fascist movement in power in the Independent State of Croatia (NDH) during the war. The treasury was alleged to have been snuck out of Zagreb in 1946 in a ten truck convoy and deposited in the Vatican Bank. The convoy was supposedly driven by Croatian exiles in British uniforms, led by Lt. Colonel Ivan Babic, a former NDH officer who defected to the British army.

Dr Levy’s search for the treasury was given an additional boost when in March 2020 Pope Francis opened the Vatican archives on Pope Pius XII, the pontiff from 1939-1958.

In August 2017, Dr Levy and his legal team sent a petition to the Republic of Croatia’s Council for Dealing with Consequences of the Rule of Non-Democratic Regimes seeking assistance with the requested Vatican Bank audit. The council acknowledge receipt but nothing further happened.

In June 2018 the same petition was sent to the office of the President of Croatia, Zoran Milanović.

In another petition to the President in April 2020, Levy wrote, “as the NDH Treasury originated in the territory of Croatia, The Republic of Croatia has a vested interest in the matter.”

During its reign of power, the Ustasha government murdered hundreds of thousands of its citizens, mainly Serbs, Jews, and Roma.

No action was taken until the office of the President wrote to Levy in May 2020 that they had passed the petition on to the Public Prosecutor’s Office.

However, since then no official action was taken until Levy wrote to the Ombudswoman of the Republic of Croatia on Feb. 11. In this letter, Levy said, “there is… some urgency as certain Vatican officials in the past who have actively blocked these inquiries have either been dismissed, convicted of crimes, or removed from office under a cloud including most recently the former Vatican Bank president Angelo Caloia.”

Levy has pledged to keep on fighting for the victims of the Ustasha government in his search for the mysterious treasury, saying, “the Vatican ignored our previous petitions based on Caloia’s game plan of denial therefore we are now examining all our legal options.” 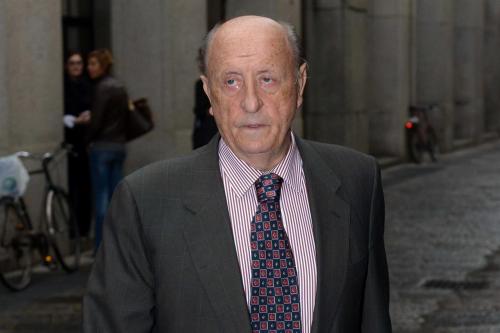