Over a millions euros worth of art stolen from Rome villa 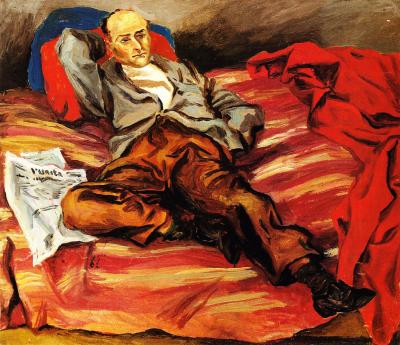 An example of Renato Guttuso's work

ROME - An estimated million euros worth of art has been stolen from a villa in Monteverde, including works by Renato Guttuso and Giuseppe Capogrossi, two masters of the 20th century.

Around 30 paintings were taken from a private gallery in the neighbourhood in the south west of the capital. Just one of the paintings of Guttuso or Capogrossi could sell for up to 400,000 euros.

The property is owned by an official of the European Union, who is currently living in Brussels. The police are waiting for the return of the owner to Rome for a more accurate estimate of the total value of the paintings.

The thieves managed to neutralise the sophisticated alarm system, before climbing into the garden and using a specialised tool to cut a hole in the glass of a window into the house, all without being seen by anyone.

Having taken the paintings they snuck back out of the house, into a van and into the night.

The theft was discovered on Sunday afternoon by a relative of the owner, who immediately called the police on discovering the paintings missing.

Both the police and Carabinieri are now investigating the crime, monitoring all known high level art dealers.