'Unity is a duty' says Draghi in first speech to Senate 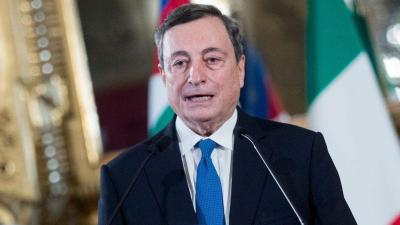 ROME - In Italian Prime Minister Mario Draghi's first speech to the Senate, he spoke of the need for unity and “national responsibility” in the fight against the pandemic. He said that “it is a trench in which we are fighting together. The virus is everyone’s enemy.”

The speech, written by Draghi himself, lasted 50 minutes, and was a call for support in the vote of confidence in the Senate, set to take place at 11:00pm on Wednesday evening.

“It is said and written that this government was made necessary by the failure of politics. Allow me to disagree. No one is making a backwards step with respect to their own identity, if anything, in a new and completely unforeseen scope of collaboration, we step forward in response to the necessity of the country, in approaching the daily problems of families and businesses, that know well when it is the moment to work together, without prejudice or rivalry.

“There will be a reconstruction as happened after the war. Our commitment is to return to normality after this economic crisis.”

He turned to the topic of the EU, given the noticeable presence of euroscepticism within his party, saying that this government was born “in the tradition of the EU and the Atlantic alliance… Without Italy there is no Europe, but outside Europe, there is even less Italy. We must be proud of the Italian contribution to the growth and development of the European Union.”

During his speech, among other things, he thanked and praised his predecessor Giuseppe Conte, and promised renewed vigour and severity in the fight against Covid. He went on to describe the state of the country after a year of pandemic, that "life expectancy has fallen by two years, and the 'new poor' in 2020 went from 31 to 45 per cent." He also pledged, citing Pope Francis, to leave not just "a healthy economy, but a healthy planet."

Calling for the Senate’s support in the vote of confidence, he concluded by saying, “today, unity is not an option, unity is a duty. But it is a duty driven by that which I am certain unites us all: love for Italy.”

His speech was greeted by a lengthy round of applause and standing ovation as he left the Senate.

Following Draghi's speech, Wednesday afternoon will see seven hours of debate in the Senate before the vote of confidence.

He is due to give a speech on Thursday in the Chamber of Deputies ahead of another confidence vote there in the evening.