Judge dismisses as "ridiculous" outcry over his illicit lunch 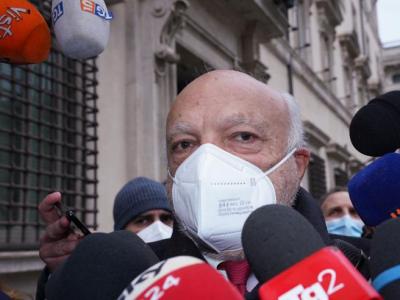 ROME - Nunzio Sarpietro, the judge who was found to have kept a restaurant open for his lunch, despite the anti-Covid regulations, has said he will pay the fine, but has told the Corriere della Sera on Tuesday, “I find it ridiculous that Italian journalism is reduced to following a judge into a restaurant.”

Sarpietro, 68, was discovered by the TV crew of the show ‘Le Iene” inside a restaurant in the capital on Jan 28, when Lazio was still an orange zone and restaurants should not have been open.

The judge, from Catania, was having lunch with his daughter and son-in-law during a recess in the Salvini-Gregoretti trial, over which he is presiding. He had that morning been listening to the testimony of the former Italian Prime Minister Giuseppe Conte in the trial in which the former Interior Minister Matteo Salvini is being accused of trying to delay and deny entry to the ship Gregoretti, carrying 116 migrants.

The discovery of Sarpietro in the restaurant has caused much polemics, with the judge saying, “I should have just looked for a slice of pizza in piazza Colonna, given that the bars were open; the hotel were I was staying, my assistant and the Carabinieri escort were practically kicked out for reasons of Covid; we had to leave our bags in a van… and I had to ask Palazzo Chigi to go to the bathroom.”

He continued his justification, saying, “I had come to Rome after such a long time and I wanted to take advantage of this and see my daughter. I didn’t think it would cause such outcry. It was her that booked the restaurant, I certainly didn’t ask a favour as a judge… It was only three cold dishes and a drop of wine.”

The owner of the restuarant - the renowned ‘Chinappi’ in via Valenziani - said “it was the only table occupied in an empty restaurant,” though added that “I will pay the fine when it comes.”

Sarpietro also said he will pay the fine, though “it is not a violation of the law, but of a regulation.” He added, “yes, I did something wrong, however venial. I also say sorry to the restaurant for having put it in this position.”

The judge also caused controversy recently when he spoke to journalists outside Palazzo Chigi about the details of Conte’s testimony.

However, he has said that, “for 15 years I have lived under guard in Sicily following my mafia trials, I am used to pressure very different from that of this ridiculous story. He who is without sin can throw the first stone.” 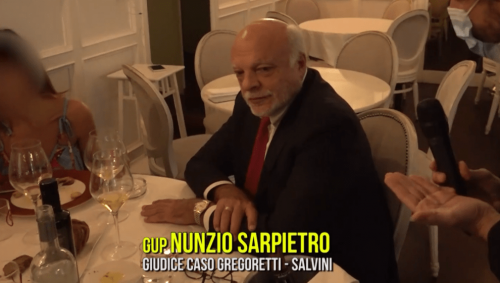