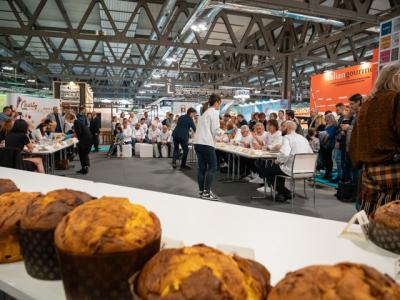 MILAN - National and international selections are underway for the second edition of Panettone World Championship, organised by the “Academy of Masters of Mother Yeast” and “Italian Panettone.”

The event, which was founded in Italy, celebrates the famous Italian traditional artisan panettone. The final of the championships will take place at HOSTMilano, the world fair dedicated to the catering and hospitality industry, on Oct. 24.

In these turbulent times, Maestro Claudio Gatti, president of the Academy of Masters of Mother Yeast” and “Italian Panettone”, explains that they are focusing on “compassion” whilst also “trying to promote the respect of the traditional artisan panettone, produced using only quality raw materials, without the use of chemical additives and preservatives aimed at modifying the naturalness of the basic ingredients.” They want to “raise public awareness of the importance of quality, value and uniqueness of traditional artisan panettone."

This year a third prize has been added, as the popular jury will also vote. "Our panettone cakes are aimed at the public,” explains Maestro Maurizio Bonanomi, of the Academy's Board of Directors, “this is why we have chosen to place alongside the jury of professional technicians, recognized throughout the world, and the jury of critics, formed by authoritative journalists, the jury of those who simply love panettone, its history, the propulsive charge of history, tradition, passion and commitment that it contains."

The Championship will stop at six of the best national pastry and cooking schools, before finishing in Milan. For the Italian selections, 30 panettone cakes will be chosen to represent Italy at the semi-finals.

The Technical Jury, Quality Jury and Popular Jury will judge the products “blind” and only the delegate will be aware of the correspondence between candidate and product.

The competition will kick off at the Tessieri School of Ponsacco, in Pisa, on March 11. There will be 34 panettoni competing in the semi-final, set to be held on Oct. 22 at ALMA. Of these, only 20 will go on to the final which will take place on Oct. 24 at HostMilano.