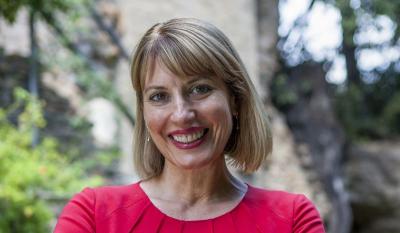 ROME - The Italian version of the new online disinformation game, “Go Viral!”, which is designed to help immunise people to the most common fake news techniques, has been launched by the British Embassy in Rome.

The game, created by British experts, aimed especially at the young, tries to make users think as if are the providers of fake news. By doing this, the hope is that fewer people will be misguided by the overwhelming amount of disinformation with which we are bombarded.

“Go Viral!” was developed by University of Cambridge’s “Social Decision-Making Lab”, in collaboration with the communication agency DROG and the British cabinet Office, to stem the problem of disinformation. Professor Sander van der Linden, who is managing the project and Cambridge’s “Social Decision-Making Lab”, has commented that: “fake news can travel more quickly and can creep deeper than the truth. Fact-checking is vital but it often arrives too late, the lies have already spread like a virus.”

Ambassador Jill Morris opened the project by underlying how the pandemic has shed light on the “absolute necessity of correct and transparent scientific communication.” She believes that by doing this, “citizens will be able to make responsible decisions about their own wellbeing, by transmitting the necessary skills and instruments needed to consciously orientate themselves in a sea of information, which is increasingly difficult to navigate.”

The event was moderated by Elisa Manacorda, a scientific journalist, who introduced Melisa Basol, researcher for the “Social Decision-Making Lab.” She illustrated how, by giving people an insight into the techniques used to spread fake news on social media, their ability to identify and ignore future disinformation would be increased.

Andrew Pattison, who illustrated the global strategy on the WHO World Health Organisation’s social media, underlined the importance of countering misinformation early: “fake news has the tendency to spread quickly and to last a long time. The WHO is coming together, on a daily basis, with the principle social media platforms to pinpoint common actions against disinformation.”

With the interventions of Andrea Grignolio, Vita-Salute San Raffaele University of Milan, and CNR - Interdepartmental Centre for Ethics and Integrity in Research, and Andrea Silenzi, member of the Technical Secretary of the Superior Institute of Health, discussions were had about public analysis and Italian initiatives for information about the vaccines. They believe that “it is not enough to convey reliable information to reassure citizens, it is necessary to profile the audience and, above all, to address those who are hesitant about being vaccinated.”

Giuseppe De Bellis (SkyTg24), Sarah Varetto (Sky Italia), Gianluigi Dotto (Wired), David Puente (journalist) e Fabiana Zollo (University of Venice) exhibited the crucial role of traditional media: “communicators have a fundamental task in presenting information in a way that will help citizens to form opinions based on scientific evidence, accepting the fact that science does not always have an answer to every question.”

Through the game that lasts 5-7 minutes, players are introduced to the basis of online manipulation in the coronavirus era. It works as a simple guide to common techniques, by using an emotionally-charged language to provoke outrage and fear. It presents false experts to sow doubt, and unveils conspiracies designed for social media. “Go Viral!” is available online at: www.goviralgame.com/it.