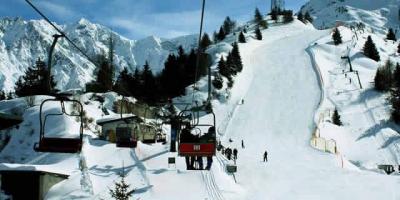 MILAN - Roberto Speranza, Italian Minister of Health, has halted the reopening of skiing, which was scheduled for Feb. 15, resulting in backlash from the League and Forza Italia.

Against Speranza’s decision are ministers Giancarlo Giorgetti and Massimo Garavaglia, as well as all of the League. Speranza is the governement's only member of 'Article One', a social-democratic party, making him the most left-wing memeber of the governement.  Lara Magoni, a former skier, has said that the new government in which her party sits, is a “reshuffling of the incompetent.” Other operators of the sector and the Federsci speak of “madness”.

The decision to temporarily suspend skiing in Italy, until March. 5, comes just a few hours after the reopening, with the slopes already having been prepared and polished. The minister signed the measure on the basis of the report of the Higher Institute of Health, which revealed that growing spread of the English variant. This strain is thought to become predominant within “5-6 weeks”, according to Silvio Brusaferro. The concern for its transmission has led to the adoption of similar measures in France and Germany," said Speranza, scientifically justifying his choice and also ensuring the commitment of the government to "compensate the sector’s operators as soon as possible, with adequate relief”.

The League and Italia Viva were wholeheartedly against the “change of pace”. Indeed, they think better treatment was required for this “delicate system that contributes so much to the welfare of the country.” The indemnifications “must have the absolute priority, when a damage is done, the damage must be indemnified; already immediately in the next decree."  The League’s attack on Speranza has been made yet more explicit by the group leaders: Massimiliano Romeo and Riccardo Molinari, who have said that “you cannot continue with the ‘Count method’ […] a change of team is needed at the technical level.” Mauro Del Barba and Silvia Fregolent, deputies of Italia Viva, say that they are "certain", that the government "pushed" by their leader Matteo Renzi, "will be able to show the change of pace compared to the past, giving back certainties to those who invest and believe in tourism and mountain sports."

The Alberto Circio, from Piedmont, says he is “astonished” because the rules “can’t change every week.” Another one of the region’s spokespeople, Daniele D'Amario, Councillor for Tourism in Abruzzo, has said that: “it is a blow at the last second, because after two postponements comes another stop.”

The sector’s operators are similarly critical of Speranza. The Piedmont Association of Cableway Operators speaks of "madness" that "leaves you speechless" only a few hours before the beginning of a period with "thousands of bookings" in hotels, closed now for a  year. The ski instructors say they feel “humiliated" by the late communication, which "has no respect for the work of so many people, who, in recent days, have worked to reopen safely, investing money and sacrifices".